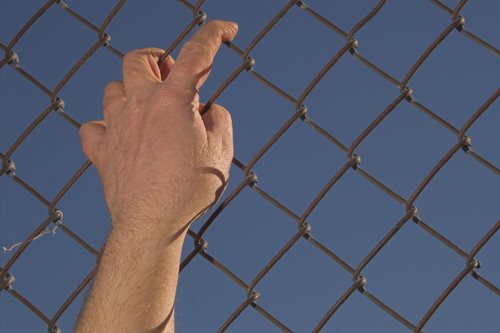 Acting on behalf of the DHS, which stands for the Department of Homeland Security1. Incidences of corruption: Local law enforcement officers, which people may understand from personal experience or may get an idea of from popular media, are capable of wrongdoing along with their pledge to serve and protect. As officers at the local level are conscripted into service, it is not unreasonable to think that with the influx of both officers of the law and civilians, some instances of corruption might hit the Border Patrol.
USA laws, of course, dictate that any drugs carried by smugglers be confiscated upon being found at a port of entry by Customs or Homeland Security Border Patrol agents. Nonetheless, the temptation might be too much for some, and in exchange for not detaining an illegal entrant into the country, some agents might accept some of the illegal product he or she is carrying or a bribe to the look the other way.
2. Incidences of abuse: When one enlists to be an agent of the Border Patrol, they agree to put their political views and personal prejudices aside. Thankfully, most agents are able to put their ideologies and any ill will aside, or at least channel their feelings into proper administration of the law. Even so, people are human, and the Homeland Security Border Patrol does realistically have the potential to accept extremists, bigots and others who have a lower regard for human decency. Among the atrocities recorded of Border Patrol agents are racist comments, physical and sexual assault, and preventing immigrants from the right to food and health care – even if an individual is trying to get into the country illegally, his or her basic human rights cannot be denied.
3. Ineffectiveness of the system: Perhaps the strongest criticism, due to the sheer length of the northern and southern borders of the United States, it is impossible for every one of the aliens who violates our international borders to be caught by the Border Patrol; geographical statistics estimate the length of the border separating the United States and Mexico to be 2,000 miles in length, and the border separating Canada and the United States to exceed 4,000 miles.
Although the coverage ability of the Border Patrol cannot possibly cater to over 6,000 miles of land, technological security measures put in place have thus far found little success, as well. For instance, cameras set up at border crossings allow viewers over the Internet to be “virtual deputies,” some of whom spend hours watching the feeds for evidence of an intrusion on American. Unfortunately for them and genuine agents, however, few illegal aliens have been apprehended as a result of this method.