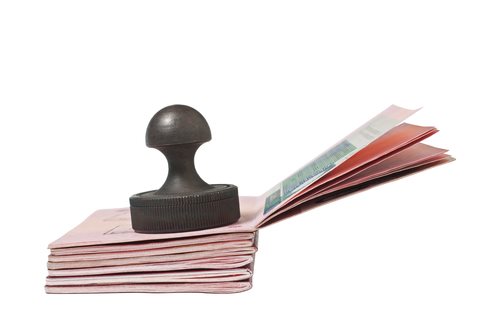 What is a TN NAFTA Work Visa?

A TN NAFTA Work Visa is a form of expressed permission allowing citizens of Mexico and Canada to legally and lawfully enter the United States through an employment opportunity as a result of agreements established by the North American Free Trade Agreement (NAFTA); this permission is granted by both NAFTA, as well as the United States Citizenship and Immigration Services Bureau. Although TN NAFTA Work Visas differ in description, duration of time allowed for temporary residence, as well as participatory nations – Canada or Mexico, the satisfaction of specific visa applications and requirements are mandatory prior to obtaining a TN NAFTA Work Visa.

A TN NAFTA Work Visa can be granted to those individuals with either Mexican or Canadian citizenship wishing to be temporarily employed in the United States:

The individual applying for a TN NAFTA Work Visa to participate in business activity that has been approved by NAFTA, the USCIS, and the employer in question

The individual applying for a TN NAFTA Work Visa can be any of the specialists and professionals listed on the NAFTA job requirement listing, also known as Appendix 1603.A.3

Engage in self-employment; all employment must be approved as part-time or full-time work within the scope of a NAFTA-approved employer

Enter the United States without a visa; a petition submitted to the USCIS is not sufficient for legal entry

The following are the forms required to be completed upon applying for a TN NAFTA Work Visa; these forms can be attained at the United States Citizenship and Immigration Services Bureau by contacting them at their toll-free telephone number (800) 375-5283.

Form I-94: If an individual does not have permission to work in the United States, they must present an I-94 Arrival/Departure Record or a DHS work permit, which consists of (I-766 or I-688B). Once these forms are obtained, an individual must complete the application for a social security card, which is titled ‘form SS-5’.

Form DS-156: This form must be completed by applicant wishing to apply for all non-immigrant visas.

Form I-102: This form must be completed by applicant wishing to apply for change and/or extension of TN NAFTA Visa status.

The following requirements are necessary upon applying for a TN NAFTA Visa:

1. A copy of a valid passport

2. Two color photographs, which are identical in appearance

4. A description of the NAFTA-approved employment for which the applicant in applying

5. Documentation reflecting the applicant’s promise to pay all fees, affidavit of hiring, professional status, and license – or proof of specialty.

The parameters and protocols surrounding both the application and approval process vary in the case of every TN NAFTA Work Visaapplication; all government forms should be completed to the fullest extent in a meticulous fashion. In the event that an individual experiences difficulty completing – or understanding – the requirements of an immigration form, they are encouraged to consult an attorney specializing in immigration, international law, employment, and government programs.

Necessary Forms For a Work Visa

Providing A Voice for the Voiceless – the U.S. Committee for...