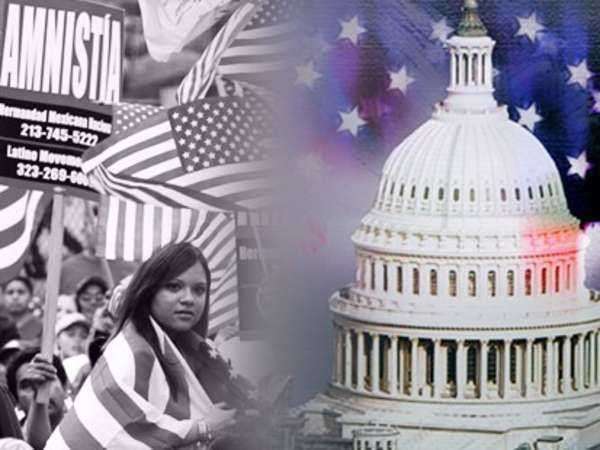 The National Origins Act of 1924
was a component of the Immigration Act of 1924 that established a quota system
for determining how many immigrants could enter the United States, restricted
by country of origin.  Although the quota
system established by this Act has been abolished and other provisions heavily
modified by the Immigration Act of 1965, this Act represents a significant
redesign of the American immigration system for several decades in the mid-20th
century.  The impetus to restrict
immigration picked up steam in 1907 when the Dillingham Commission recommended
restricting immigration from Southern and Eastern Europe, noting that
immigration from those countries was “undesirable.”

The most important provision of
the National Origins Act was the restrictive immigration quota system.  The first quotas were established three years
earlier, through provisions in the Emergency Quota Act that limited immigration
from any country to 3% the number of residents originating in that country
living in the United States.  This Act
caused immigration to drop by almost 500,000 persons between 1920 and 1922,
primarily Southern and Eastern European immigrants.  Nominal Latin American and African immigration,
and the immigration of professionals however, were not restricted.  The policy was renewed in the Immigration and
Nationality Act of 1952, over presidential veto, before finally coming to an
end in 1965.

The National Origins Act
established a system of consular based immigration, which required immigrants
to have a visa issued by an American consular officer abroad before immigrating
to the United States.  This practice is
still in use today.

Although there were no racial
restrictions in the National Origins Act of 1924, the nature of the quotas
ensured that limited numbers of certain Europeans and almost no Asians could
enter the United States.  The addition of
the Asian Exclusion Act, which barred Asians from becoming naturalized
citizens, shut the door on meaningful Asian immigration until 1965.  If populations of those immigrants from
undesirable nations were already small, then only a minuscule amount of
additional immigrants from that country could join them.  For example:

There are 1,000 immigrants from China living in the US.  In reality, further Chinese would not be
eligible for immigration due to naturalization laws, but if they were;

The National Origins Act limits additional immigration from all
nations, including China to 2% of the number of Chinese Americans living in the
US

2% of 1,000 equals 20, which means that only twenty more persons from
China could immigrate to the US.  If
there were additional restrictions on new immigrants, such as literacy tests,
that number may be lower.

Conversely, if there were 150,000
Americans of British descent, 3,000 more immigrants could join them.

This process effectively skewed
the immigration system with the intention of keeping America’s ethnic
distribution consistent.  The provisions
were calculated and amended several times with the quota percentage reduced to
2% and the population numbers from 1890 to be used as a benchmark, restricting
undesirable immigration even further.

1907 – Dillingham Commission determines that immigration should be
restricted to avoid undesirable elements from entering the United States,
leading to the drive to establish limitation on Southern and Eastern European
immigration.

1921 – The Emergency Quota Act is the first to establish
discriminatory quotas aimed at preserving the ethnic and racial composition of
the United States.  Limitations prevented
newcomers from each country to 3% of that population in the United States
according to numbers in the previous census.

1924 – Immigration Act/National Origins Act lowered the quota
percentage to 2% and added provisions to limit total immigration to 150,000 yearly
by 1927.  Other provisions included using
an earlier census to restrict new immigration by ethnicity even further, allow
family reunifications and reducing the number of unskilled workers.  The United Sates also switched to a
consular-based immigration system that requires immigrants to obtain an
immigration visa from the US Consulate.
Due to these changes, immigration from Italy fell almost 90% and some
“undesirable” immigrant populations actually decreased.

1927 – Percentage quotas end in favor of a proportional system
based on the United States population that allowed 150,000 immigrants into the
US yearly.  This took effect in 1929.  This was just as restrictive as the previous
system as “undesirable” immigrants were still subject to smaller numbers that
Western and Northern European Immigrants.

1965 – The immigration system, as defined by the National Origins
Act, ends and discriminatory quotas are abolished.  Immigration to the United States opened too
all persons from all countries.

Necessary Forms for a Business Visa