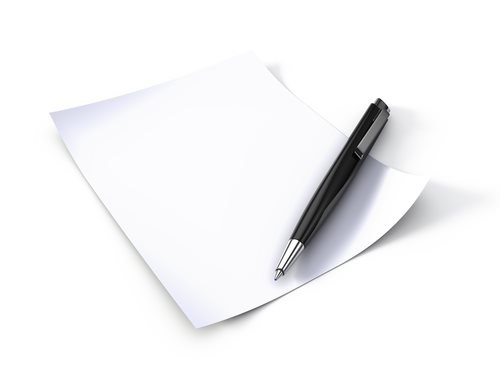 Prepare for the United States Citizenship Test
The United States Immigration and Citizenship Bureau (USCIS) implements a citizenship test to be completed and passed prior to the receipt of United States citizenship. The test – which is informally known as the USCIS U.S. Citizenship Test – is comprised of 4 sections; one of which consists of an interview conducted by an officer from the United States Immigration and Citizenship Bureau.
Due to the fact that the test, as well as the interview is presented in the English language, a working knowledge, comprehension, and grasp of the English language – as well as the ability to speak English – are instrumental in passing the U.S. Citizenship Test.
Prior to the consideration of granting United States citizenship to an applicant, that applicant must possess a Green Card. For more information regarding the acquisition of a Green Card, an individual is encouraged to contact the USCIS via their toll-free phone number: (800) 375-5283.
Section I. The Interview and Speaking Test
The interview portion of the USCIS Citizenship Test is comprised of a series of questions directed at the applicant; these questions are in reference to the applicant’s background, immigration status, and current life as a resident of the United States – as previously stated, the interview is conducted in English. The Interview process is also considered to be the Speaking portion of the examination, consisting of an analysis performed by a USCIS officer with regard to the applicant’s ability to speak proper English.
Section II. The Reading Test
The Reading portion of the examination consists of a choice of 3 sentences that are presented to the applicant in English; the applicant must possess the ability to properly and coherently read the chosen sentence aloud – this displays the applicant’s ability to both read and speak English in a both fluid and clear manner.
Section III. The Writing Test
The Writing portion of the examination consists of gauging an applicant’s ability to express themselves in written English; the applicant will be asked to write one of the 3 sentences that were presented to them in the reading portion of the examination – the applicant will be asked to write the sentence by ear and without copying.
Section IV. The Civics Test
The Civics portion of the examination consists of 100 questions regarding the naturalization process and American History; these questions range in topical matter from the practical application of American laws to the History and Development of the United States of America. The applicant must answer at least 6 out of 10 presented-questions correctly in order to receive a passing grade. The following are some examples of questions that are found in the civics section:
“What do we call the first ten amendments to the Constitution?”
Answer: “The Bill of Rights”
“What are 2 rights in the Declaration of Independence?”
Answer: “Life, Liberty, and the Pursuit of Happiness”
“What is the Rule of Law?”
Answer: “Everyone must follow the law, leaders must obey the law, government must obey the law, and no one is above the law”
“What do we show loyalty to when we say the Pledge of Allegiance?”
Answer: “The Flag and the United States of America”
“Who was president during the Great Depression and World War II?”
Answer: Franklin D. Roosevelt
Preparing for the USCIS U.S. Citizenship Test
There are a host of preparation materials available for the applicant participating in the U.S. Citizenship Test; many of which are not only free of charge, but offered directly from the USCIS on their website – these resources include flash cards, index cards, and sample questions.
For those applicant interested in acquiring supplementary study materials, many bookstores carry U.S. Citizenship Test study guides. Although various study materials are available online, the applicant is encouraged to utilize only those materials that are accredited by the United States Citizenship and Immigration Services Bureau. For more information regarding the USCIS U.S. Citizenship Test, individuals are encouraged to contact the USCIS: (800) 375-5283.
The Grading Process
After completing the USCIS U.S. Immigration Test, the applicant’s scores are tallied. The applicant receives 2 opportunities to pass any of the sections found in the exam; in the event that the applicant is unable to do so, the applicant is permitted to return after a period of 90 days in order to reattempt the satisfaction of any and all uncompleted section(s).
In the event that an applicant has completed and passed the U.S. Citizenship Test, they will be permitted to complete an Adjustment of Status form (I-485), which will certify their legal status as an American citizen.