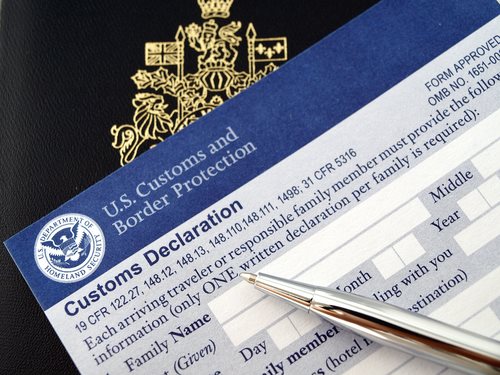 What is the US Consulate?
The United States consulateis a junior embassy.
Typically located in the middle of foreign cities, a United States consulate is responsible for taking care of minor diplomatic issues and tasks. These tasks, which include the issuance and administration of visas, aim at streamlining all residency and travel-related issues to the United States and their citizens.
A United States consulate will house a consular; the term ‘consular’ is defined as a diplomat who is appointed to foster trade. These diplomats are responsible for taking care of expatriates as a subordinate to the state’s primary representation in the underlying foreign country which the consulate is located.
United States’ consulates possess different ranks; a consulate of higher ranks is referred to as a ‘consul-general.’ Within this office, exist one or several Deputy General Consuls, Consuls, Vice-Consuls, and Consular Agents. These diplomats act as the voice of the particular nation in which they represent.
United States’ Consulates’ Legal Authorities
Consuls of various classifications or ranks possess legal authority for certain activities. Their most basic function is to oversee and notarize official documents that aim to expedite matters revolving around immigration and other diplomatic issues that may arise between the United States and the host country.
The functions and responsibilities of the United States’ Consulate are outlined in the Vienna Convention on Diplomatic Relations.
As a result of their role, there are limited formal requirements which outline what a United States’ Consulate (more specifically the consular within the office) must carry out.
A United States’ Consulate is responsible for the issuance of visas. This role; however, is not uniform among all Consulates—other countries may limit “consular services” to providing assistance to compatriots, the legalization of documents, etc.
All consulates will be headed by consuls of various ranks, even if these officials have little or no relation with more limited sense of a consular service.
US consular typically do not possess diplomatic immunity. The privileges and immunities for consuls are typically limited to actions undertaken in the consulate’s official capacity.
The privileges and attached immunities are subject to change from country to country.
United States’ Consulates are more numerous than embassies. Consulates are posted in various cities in a foreign country while embassies are located only in the country’s capital city.
Consulate General
A consul general is a Consulate office of the highest rank. These agencies serve as a principal location within a foreign country. The consul general is typically responsible for governing subordinate consular offices within the country.
The consular general serves as a representative who speaks and represents on behalf of his or her state in the foreign land to which the consular operates out of.

Federal vs. State Roles in Deportation

Citizenship for Children of Immigrants