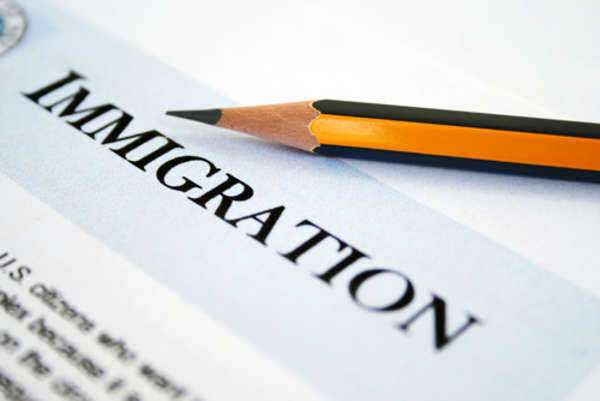 The Immigration Act of 1990 changed American immigration law, allowing more people to enter the country each year . It also amended previous immigration law that attempted to disallow HIV-positive individuals from entering America and again permitted people that are HIV positive to immigrate and visit the country. This mirrored the national perception of AIDS as society began to better understand the serious ailment. On the contrary, the law also sought to limit certain people from accessing the United States. Under this legislation, homosexuals would no longer be able to enter the country.

One specific stipulation in this law still exists and operates well. The 1990 immigration act commenced a yearly lottery that encouraged applications from nations without a strong representation in America. This would sit in direct contradiction to many previous laws that attempted to disallow certain people to enter the country based solely on their country or region of origin. The 1990 Immigration Act was a seismic change to American immigration policy.

The Anti-terrorism and Effective Death Penalty, known commonly as the AEDPA, offered drastic changes to several fields of national law. Introduced with a package of new legislation, under Newt Gingrich as Speaker of the House, referred to as the Contract with America. Specifically, this law changed the way that state and federal judges could review decisions. It also altered the way capital punishment appeals work, and some claim that this has likely caused numerous wrongful executions.

The legal effects that the AEDPA had on immigration are best seen by the stark increases in deportation within just a few years. As a result of the Anti-terrorism and Effective Death Penalty Act, in conjunction with other new immigration laws, it became tougher for individuals facing deportation to have their cases reviewed.

The law aimed to set specific bars to which unlawfully present persons are to be deported regardless of their actions. Also, the legislation bolstered the border patrol providing, more funding, technological advancements, and more officials. The effectiveness of this legislation is arguable based on the numbers of illegal immigrants that remain in the country and that continue to cross the border in astronomical numbers.

Theories set-forth by the Center for Immigration Studies establishes commonly held belief between both sides of the political aisle. Continued failure to address comprehensive immigration reform makes little sense when comparing the two platforms. Clearly, amnesty is the kicker for much of the immigration debate, but beyond this central disagreement is many points of agreement that require proper time and study.

The act also established that the Department of Homeland Security would assume responsibility of the United States Citizenship and Immigration Services, U.S. Customs and Border Protection, and the U.S. Immigration and Customs Enforcement. Presumably, the act was established to centralize control of America’s domestic security agencies to ward off terrorist attacks by fostering collaboration and data sharing between federal agencies.

The Immigration and Naturalization Services was the agency formerly tasked with enforcing national immigration laws. Beyond this, the INS also was responsible for naturalization practices, permanent residence, and asylum. Since the adoption of the Homeland Security Act, many of the responsibilities formerly operated by the INS are now under the Department of Homeland Security’s purview.

For practical purposes, the INS was broken down into four sections. Each division operated specific services or enforced specific forms of immigration law. Many criticize the actions of the former INS, and these complaints are useful for the future of immigration policy and enforcement under the Department of Homeland Security.

All You Need To Know About Passport Pictures

How to Check Passport Status