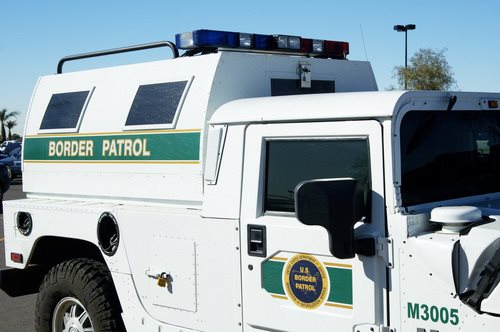 The Border Patrol is considered to have been founded in 1904. The United States Immigration Service appointed mounted watchmen on horses to monitor the border between Mexico and the United States, hoping to prevent illegal immigrants from illegally crossing over the border. At that time, the main illegal immigration concern was not from Mexico, as it is today. The coast of California was carefully guarded by the Border Patrol, hoping to stop illegal Chinese immigrants.
It was not until 1915 that Congress officially appointed a group of Border Patrol men that were commonly called mounted inspectors. Although these men were usually on horseback due to the high expense of automobiles at that time, Border Patrol history shows that a few of them had access to automobiles and small boats. Each member of the Border Patrol was considered an inspector and stationed at an inspection post; in turn, keeping an eye on a long stretch of border was impossible. Without proper resources, the Border Patrol could only do so much. Illegal immigrants that were found were sent to inspection posts to be investigated.
In 1924, the Border Patrol was officially founded as a division of the United States Department of Labor, hoping to stop the flow of illegal immigrants along both the California coast and the Mexican border. The first two official Border Patrol stations were located in Detroit, Michigan and El Paso, Texas. During the 1960’s, more makeshift Border Patrol stations were set up along the gulf to prevent problems with Cuba, who had recently become a communist nation.
Since the attacks that took place on September 11th, the main priority of Border Patrol has been preventing another terrorist attack. The official Border Patrol merged into the Department of Homeland Security
From the 75 men who attempted to guard the collective borders of the United States in the early 1900’s to the 20,200 agents who are working with the United States Border Patrol, Border Patrol history has shown that effort to stop illegal immigration has grown exponentially.
U.S. immigration laws context for U.S. Border Patrol
The United States Border Patrol is a law enforcement agency with responsibility for controlling the entry of individuals to the U.S. and specifically toward preventing the occurrence of illegal immigration as much as is possible. The U.S. Border Patrol can accordingly be responsible for removing individuals whom it detects attempting to move into the U.S. over the country’s borders.
As such, the U.S. Border Patrol exercises oversight over the nation’s long and largely unsettled borders with the two neighbors physically contiguous with the nation’s main landmass, as comprise Canada and Mexico. Administrative issues have ensured that the specific policy and workload shouldered by the U.S. Border Patrol with regard to those two nations differs to some extent:
U.S. Border Patrol functions in regard to Mexico:
Current social conditions and the past history of the often fraught relationship between the two countries have conspired to ensure that the main emphasis of the U.S. Border Patrol as a federal agency has often been both perceived and experienced as being toward enforcement against the occurrence of illegal immigration from the direction of Mexico.
For one, the high rates of poverty as have commonly been experienced by the population of Mexico, along with the more recently increased rate of violence to which the nation’s populace is similarly subject, have combined with the U.S.’s relatively high level of affluence and employment to provide an incentive for border crossings to occur northward, regardless of whether immigration and work visas have actually been granted
by the U.S. government.
Another factor in the difficulty faced by the U.S. Border Patrol consists of the past history of the two countries, as is most dramatically marked by the U.S.’s forcible seizure of a large portion of territory formerly under the control of Mexican authorities in the 19th century.
As a result, links persisted between the Spanish-speaking populations on both sides of the border as additionally acted to encourage greater rates of border crossings than would otherwise be allowed for by the empowered U.S. authorities. As such, the effectiveness of the U.S. Border Patrol in this area has often been questioned.
U.S. Border Patrol functions in regard to Canada
The relatively high affluence of Canada, as comparable to the U.S. and placed far above the levels in quality of life generally attained by the populace of Mexico, has typically ensured a much-reduced numbers of officers assigned by the U.S. Border Patrol in comparison with the similar functions exercised in regard to the U.S.-Mexico border.
Administrative history of the U.S Border Patrol
Along with long-standing practical issues, the U.S. Border Patrol has more recently been affected by the increased concern over national security issues raised by the terrorist attacks committed on U.S. soil on September 11, 2001, and by the associated rise in violent Islamic fundamentalism around the globe. As such, the U.S. Border Patrol was shifted from the oversight of the Immigration and Naturalization Service (INS) to the Department of Homeland Security.