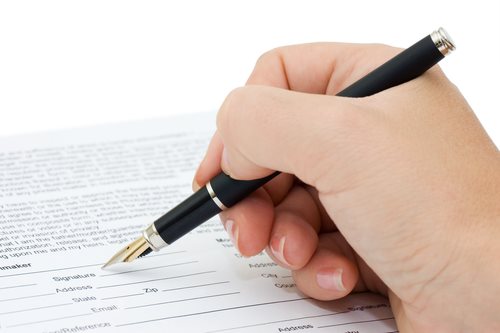 What is a Visa?
A visa is a legal document used as a fundamental indicator that an individual is authorized and permitted to enter the territory or country for which it was issued.
Visas are issued by a country’s Federal government; they are used to control the influx of non-residents as well as regulate and streamline immigration into a country.
A visa is a fundamental travel document which offers an individual permission to travel to a specific territory and stay there for a specified amount of time.
A visa may be stamped or glued directly into a passport, or they may be issued as separate travel documents.
The majority of developed nations require all non-citizens who are looking to reside in the specific territory to obtain a visa.
There a number of types of visas; each document will vary in regards to intricacies associated with allowable stay and the specifications attached to the individual’s work requirements or education status. Each form of visa is administered through a specific application process.
In most instances, a visa will expire after a set period of time. In some cases; however, visas may be extended by permission of the underlying federal government. The obtainment of a valid visa will warrant an individual to reside in a foreign country; those individuals whose visas expired must leave the country upon expiration or face forced deportation.
A visa can also establish the number of permissible times an individual is allowed to enter and leave a country. A single entry visa, for instance, expires as soon as the traveler leaves the country. In contrast, a multiple entry visa, allows an individual to leave and return several times before the visa is cancelled.
What is a Visa Application?
A Visa Application is a government-issued process that is administered by the United States Citizenship and Immigration Services.
The visa application is held separate from passports and citizenship; a visa signifies documented permission to enter and remain the United States for an established duration of time.
A Non-immigrant visa is provided by the USCIS in order to allow international individuals to be employed, married, or educated within the United States.
For a Visa application to be approved, the applicant must obtain sponsorship through a school or corporation. A sponsor will in essence, pay the government to have the non-citizen residing the US, so long as the individual carries out their specific role.
Types of Visas
B-1 Visa: A business visa permits a visiting non-immigrant who is the proprietor of a business valuing at least 150k US dollars entry into the United States. Business visas can also be awarded to non-citizens who possess assets and monies exceeding 1M US dollars in value.
B-2 Visa: The B-2 Visa is known as the business tourist. This form of visa allows a non-citizen to enter the United States for a set duration of time within the realm of a business venture, endeavor, or activity. Travel, visitation, sight-seeing, or participating in business trips or meetings are permitted through the issuance of this visa.
E1 Treaty Trader: This type of visa allows the applicant to enter the United States in order to participate in investment opportunities, as well as commercial ventures. The underlying commercial activity must include at least 50% involvement with the United States, and at least 51% must involve equity finances involving the United States as well.
F1 Visa: The F1 Visa is a student visa and allows non-US citizens to enter the United States in order to study and/or attend an accredited educational facility. Internship programs and placement programs are also permitted.
H1B/H2B Visa: These types of visas are the most basic forms of employment visas in the United States. These visas can be granted to individuals who possess special skillsets and degrees who wish to be employed in the United States.
J-1 Visa: The J-1 visa allows a non-citizen to enter the United States in exchange for an American citizen who wishes to enter that same country of origin. The exchange process must be approved by both the USCIS as well as the governing body of the participating nation.
K-1 Visa: The K-1 visa is known as the fiancé visa. This form allows a non-citizen– whom has chosen to marry an American citizen–to enter the United States for a period not exceeding 90 days in order to be married in the United States.
US Work Visa Application: A US work visa allows a non-citizen the opportunity to seek gainful employment in the United States of America. Held separately from the H1B visa, the recipient of a US Work Visa does not need to possess a special skillset or accredited degree.

The Guide to the H1B Work Visa

A Guide to Immigration Legislation History of America