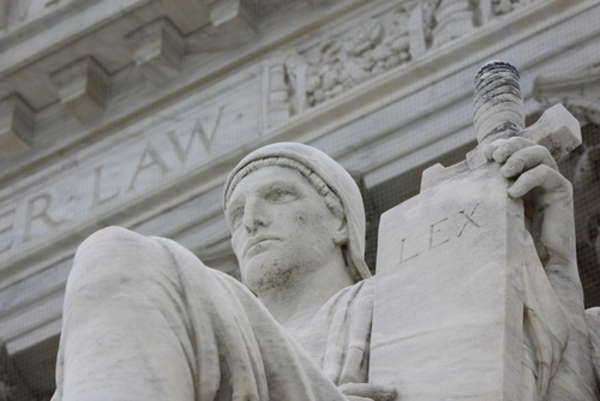 The Homeland Security Act of 2002 was a piece of legislation that was penned and enacted following the aftermath of the 2001 World Trade Center terrorist attacks on the United States. The Homeland Security Act of 2002 created the largest governmental restructure since the Department of Defense was created as a result of the National Security Act of 1947. The United States Department of Homeland Security was commissioned as a result of the passing of this act, and a new position of Secretary of Homeland Security was created.
As a result of the formulation of the United States Department of Homeland Security (DHS), there have been several changes in homeland security immigrationand immigration rules. A few agencies enacted under the structure of the DHS include the United States Citizenship and Immigration Services, U.S. Customs and Border Protection, and the U.S. Immigration and Customs Enforcement. The DHS did not replace the currently-existing Office of Homeland Security, but rather, was provided with advisement.
The Homeland Security Act of 2002 had a huge impact on immigration rules and regulations. Many of the divisions that were created as a result of the act carried on the duties of older organizations, but also handled further responsibilities. The following are organizations that have an impact on homeland security immigration issues:
The United States Citizenship and Immigration Services (USCIS):
The USCIS is a division of the DHS which carries out a number of services, many of which have long been the responsibility of the United States Immigration and Naturalization Service (INS). The purpose of the bureau is to process visa petitions, naturalization petitions, and creates programs for the benefit of immigrants; all of which are programs that were originally handled by the INS. However, the USCIS has added a new emphasis on efficiency when homeland security immigration applications are being processed. This has led to many beneficial results, such as the shrinkage of applicant backlogs and improved customer service.
According to immigration rules, the USCIS puts their efforts into citizenship of permanent residents. During the naturalization process, a person is eligible for becoming a U.S. citizen if they own a Permanent Resident Card for at least five years without leaving the U.S. for longer than 180 days at a time. If he or she is married to a U.S. citizen, the waiting time is reduced to just three years.
U.S. Customs and Border Protection (CBP):
The CBP is a federal law enforcement agency that helps to regulate international trade, receives duties from imports coming into the United States, and also upholds U.S. immigration rules and regulations. As the name implies, the CBP is responsible for border patrol. The two main goals of the CBP is to prevent terrorists from entering into or from sending weapons into the United States and to ensure that individuals do not enter the United States illegally.
The difference between the CBP and the U.S. Immigration and Customs Enforcement is that the latter handles long-term investigations pertaining to homeland security immigration cases.

Get a Green Card

Read This Before Using USCIS Forms