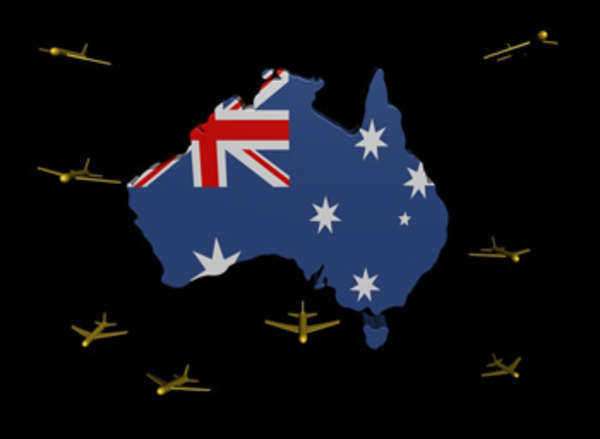 Australia is one of a handful of English-speaking countries of which its residents not only seem to have a propensity for travel, but in fact, are even encouraged by their government to do so. A great example of this is the working holiday visa program, in which young adults between the ages of 18 and 30 may have the opportunity to travel and work under a mission of cultural exchange, contingent on a working relationship between those individuals’ countries of origin and a second country that has consented to such a fraternal relationship. Like Canada, New Zealand and the United Kingdom, Australia maintains working holiday binaries with a number of countries, and as such, the Australian presence can be felt worldwide.
As much as Australia sends its citizens beyond its borders, though, it just as easily accepts them. Like most nations, Australia encourages tourism, and with so many different geographical wonders and cultural enclaves enmeshed in the landscape, the continent surely has the amenities to solicit itself to the world’s patrons.
Given the fact it is on a completely different hemisphere than that of Australia, the United States of America is not immune to the charms of “the Land Down Under”; especially for those who suffer cold winters, the opportunity to travel to much warmer conditions is an opportunity that they will want to have in their back pocket. As a result, an Australian visa is one of the most sought after forms of documentation in American travel.
While vacation is certain a most popular justification for traveling between the United States and Australia, visa status may be petitioned for for a number of reasons. Below is a partial list of possible ways to get an Australian visa that coincides with ways in which the Australian visa is distinct from others, notably that of American immigration law:
1. Terminology – Between American English and British English, there are subtle differences not only in the way words are enunciated, but how they are perceived. A “holiday” in the American sense is definitely not the same thing as a “holiday” as interpreted in the United Kingdom or Australia. Visa application between the U.S. and Australia, similarly, is perhaps more easily understood through Australian terms.
The Department of Citizenship and Immigration groups the travel of family members and residents returning to the country under the “migrant” Australian visa. In addition, for some workers coming to Australia, visa documentation under the “migrant” banner is visible in the General Skilled Migration program. In this way, migrant is being used with greater specificity than normal international producers might.
2. Refugee status – In the United states, a grant of asylum or refugee status does not involve the acquisition of some special variety of refugee visa, to show mercy to those in immediately danger. Meanwhile, in Australia, visa routes are available for the refugee. Prior to a grant of permanent residency
3. The working holiday visa program – As mentioned, members of some countries (restricted by age and financial viability, among other things) that have entered into friendly agreements with foreign governments may apply for an Australian visa through the working holiday visa. program. For Americans looking to travel under these terms, any special considerations should be reviewed by a consular official working on behalf of the Department of State in Australia. Visa documentation of this sort is more readily available for Australians, as more agreement countries are available for their consideration.