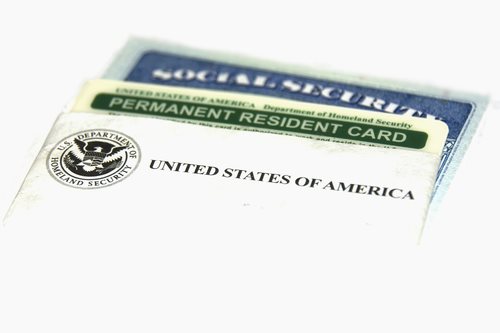 When it comes to
immigration law and applications of permanent residency, it is important to
understand that, while some terms are interchangeable, others are not and are
subject to different material differences in American legal practice. For example,
an immigrant to the United States is in most cases a permanent resident as
well. Although, this would not include an illegal immigrant as they have no
lawful claim to residency in the country, permanent or not.

However, to
insinuate that the words “permanent resident” and “citizen”
mean the same thing would be to make a grievous misjudgment of the situation.
Although, for both classes of American resident, immigration law and
potentially the presence of a immigration lawyer may come into effect (citizenship
is processed by USCIS, even though this occurs after become a legal immigrant),
these rights of status are very separate indeed. The following is a partial
list of features that govern the divide between being a permanent resident and
a citizen:

1. “Permanent resident” usually denotes someone who has immigrated –
As people who grow up in the United States and anyone who fills out working
papers will know, you do not have to be an immigrant to become a citizen. In
fact, the majority of U.S. citizens become citizens of this country by virtue
of being born in the United States. Meanwhile, to become a permanent resident
most commonly means to leave a foreign nation and settle long-term on American
soil. Effectively, those who fall under the category of citizen are part of the
larger bloc of permanent residents, as citizenship through birth ensures that
one cannot be refused by one’s own country of origin unless they have acted
against the United States or formally waived their ties as a citizen.

2. The application processes follow different procedures – Regarding the
immigration process, there are seemingly a million forms processed by the U.S.
Department of State and the Department of Homeland
Security

Make Sure You Know the Passport Requirements!

Deportation on the American Image