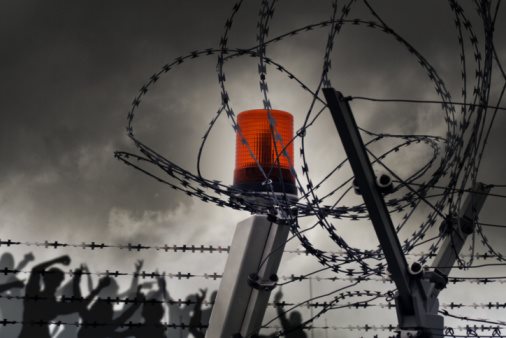 The Cold War is usually conceived of as a war of ideas and the building up of weapons rather than a “hot war,” such as World War II that involved the actual use of weapons and the total surrender of the enemy. While the United States and the Soviets never traded blows in the Cold War, the efforts of Americans and other Western powers to contain Communism as well as the efforts of individual states to emerge from the shadow of Soviet oppression created a fair amount of political unrest and instability just the same.
While the 1951 U.N. Convention Relating to the Status of Refugees was an important step in defining the rights of refugees everywhere, it was still incomplete prior to the adoption of protocols to amend it. Before these amendments, it only applied to people who were displaced from their countries of origin and those who became eligible before the definition was founded.
However, the events of the Hungarian Revolution which popular media helped to etch in the minds of the world audience would provide a serious challenge to the concept of a refugee, due to the sheer numbers of displaced Hungarians.
The whole enterprise was set in motion by the violence surrounding a 1956 anti-Soviet student protest in Budapest, Hungary’s capital, in which State Security Police opened fire on the crowd. Not only did the students respond with force, though, but the revolution soon spread across Hungary and the united Hungarians actually drove out the Soviet forces that had sought to intercede. Before the new government could get too settled, the Soviets returned to stamp out the revolution as violently as it began.
Aside from capturing the hearts of many onlookers, refugee policy makers were also affected by the plight of some 200,000 Hungarians that ran from the Soviet occupation of their country. The UNHCR’s prima facie definition of refugee status and the Committee for Hungarian Refugee Relief helped bring some relief to the freedom fighters.

The Largest Immigrant Issues in the US