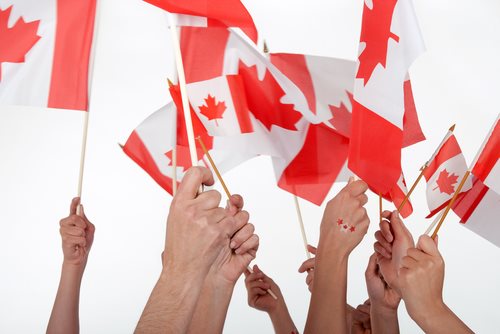 In
response to the passage of the Western Hemisphere Travel Initiative
(WHITI) passed by the government of the United States of America in
2004, as of June 1, 2009, all travelers entering Canada, whether by
land, air, or sea, need a passport to enter Canada. On paper, American
citizens do not need a passport to enter Canada, but the Western
Hemisphere Travel Initiative requires everyone entering the United
States of America to possess a passport. As a result, Canadian officials
have begun to require a passport for Canada entry from American
citizens so that they are not prevented from returning home.

However,
children under the age of fifteen do not need a passport for Canada if
they are entering the country at land or sea entry points. American and
Canadian children between the ages of sixteen and eighteen crossing the
border with school, cultural, athletic, or religious groups and under
adult supervision will be allowed to cross the border even if they only
have proof of citizenship, such as a birth certificate. These
restrictions are relaxed in order to alleviate the potential stain
placed on residents of communities near the international border.

The
need of a passport for Canada is a sign o the increased importance that
controlling travel across the border has been given in recent years in
the effort to improve American and Canadian security.

The Process of Naturalization in the United States