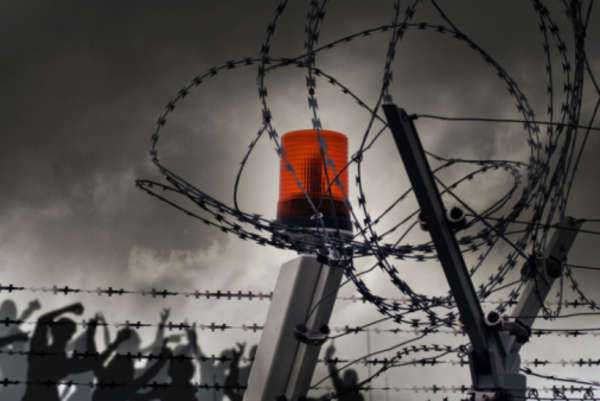 Illegal immigration caused by war can be seen in these prime examples:

As they were being persecuted, tortured and killed by the NazisJewishWorld War IIAccording to an UNHCR (United Nations High Commissioner for Refugees) spokesman, Syria, Jordan and Lebanon reported an influx of more than 885,000 Iraqi refugees4,600,000 Palestinian refugees.

The more current examples of American illegal immigration arise from the underlying tensions within the respective nation.  A prime example can be found in the Mexican gang wars that have ensued on Mexican soil over the past few years, which have resulted in the displacement of thousands of Mexicans.

The perils of war that are foisted on citizens who reside in the country in question are considered to be sufficient reasons to immigrate to more peaceful, prosperous countries. As was seen in the case of World War II, the rate of both illegal and legal immigration skyrocketed due to the violence and unrest that was taking place in Europe.

World War II left millions of Europeans homeless, many of whom were labeled refugees. Furthermore, causes for illegal immigration within a war include people fleeing their homes at notice of an impending attack, survivors of labor camps, work camps or concentration camps, political refugees having had been held captive, military personnel that were displaced after war, amongst a host of other reasons.

In the case of World War II, American immigration was the largest group of immigrants as the United States, due to the fact that the United States government had accepted more refugees than any other country – hosting more than 2 million people since 1980.

The Debate on Detained Immigrants