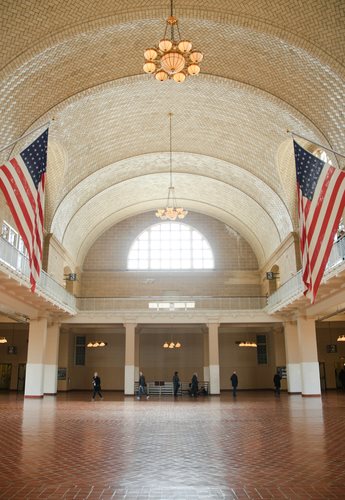 Immigration Services is an overarching category that encompasses the processes and institutions that overlook immigration issues; whether it is the acceptance of citizenship or the appeals of those who have been denied. Furthermore, it is also a category for those who work within the frame of immigration, as doctors, agents, and appeal board members.
Immigration Services even encompasses very specific aspects, like the decision process and subsequent status of an immigration application. It is all about the services provided for individuals seeking immigration to the United States.
Immigration Service Background
Immigration Services are specific resources that are used in regards to immigration. In some instances this can be the acquisition of the proper forms to fill out in order to gain legal status within the country. This can also be information regarding the laws of the United States; the laws regarding citizenship, green cards, or working-visas, as well as the conduct that is necessary in order to remain in the United States. Also, immigration service pertains to those who work in immigration and the overall legal system.
Immigration Case Status
An immigration case status is the status of all paperwork and processes that go along with the approval or denial of a immigration case. Once all the paperwork has been filled out and filed, it is turned into the U.S. Citizenship and Immigration Service. There, the professionals comb over the application and all background records. Furthermore, they also look at the reasoning for staying in the United States and judge the application accordingly. Until a decision is made, the status is pending.
An immigration enforcement agent is an individual who has been hired to uphold the standards of immigration and protect the public. What this entails is an extensive knowledge of immigration laws, the ability to persist on a case and track down perceived criminals. There is the necessity to investigate and interview the individual, in order to obtain pertinent information for the investigation. And file the proper paperwork. Furthermore, immigration enforcement agents are often called upon in order to help rewrite and advise the immigration policies at a state and federal level.
Immigration Bail Bonds
Immigration bail bonds are bail bonds that are often provided by the family or friends of individuals who are being charged will an illegal status or a breach of citizenship requirements. When this occurs, an individual is detained and a bail bond of an monetary amount is put on their release. What this means is a money amount is requested of the criminal; this assures that the criminal will return for their trial, or leave the country by a certain date, depending on the specific issue. If the criminal obeys, the money is returned.
Immigration Solicitors
Immigration solicitors are individuals that are called upon when a person who is trying to obtain legal status and stay in a location needs help. Often, immigration solicitors are called upon after a requisition has been denied. If an individual has been denied a student-visa or leave to enter in the United Kingdom, a solicitor can be called in to explain the situation and attempt to correct it. Before this happens, solicitors can be consulted to make sure that all paperwork is in order.
Immigration Jobs
Immigration jobs are often jobs that require extensive training when it comes to immigration laws and legal procedures. Two of the most popular immigration jobs are an immigration enforcement agent and someone who processes legal work in the U.S. Citizenship and Immigration Services. The enforcement agent is an individual who brings in those who are illegal immigrants and helps to bring them to justice. The paperwork processors are individuals who take all the legal documents regarding citizenship and process, and approve them.
Immigration Doctor
An immigration doctor is a doctor that has been certified by the U.S. Citizenship and Immigration Services, as an individual who can provide medical examinations for individuals inquiring about citizenship. These examinations help to check for diseases and mental conditions. Furthermore, this examination also checks for the immunizations that are required in the United States. Once the examination is done and the results are in, the immigration doctor can give final clearance to the patient and respective health offices.
An Asylum and Immigration Tribunal is a tribunal that has been created for the sole purpose of hearing issues regarding asylum and immigration issues. These can either be the delivery of asylum or the appeals to reconsider asylum and immigration issues. The appeals can be to have asylum, to fight deportation, or to fight the denial of a visa or a greencard. However, there has been a change in the Asylum and Immigration Tribunal; this change has been in the name, replacing tribunal with chamber, to offer unification of body.
Board of Immigration Appeals
The Board of Immigration Appeals is a board that is made up of around 15 individuals. It is a board that has jurisprudence over the entirety of the nation, and can hear issues regarding each state’s immigration office. This is where the appeals for deportation and green cards come. The board takes a look at the paperwork and judges based on what they have read. However, the decision of the board can be overruled by the federal court; the federal court has the right to look over all submissions made to the board. If approved, whatever the Board of Immigration says is law regarding that specific case.
The Center of Immigration Studies is a non-profit organization comprised of academics, government, and civil workers who have come together with the common purpose of education regarding legal and illegal immigrants. The Center bases itself around non-partisan articles telling factual information to the public about how immigrants of a legal and illegal status affect the nation overall. Furthermore, the website is replete with information and news updates regarding all areas of concern for the American public.

Know the Passport Services Available to You