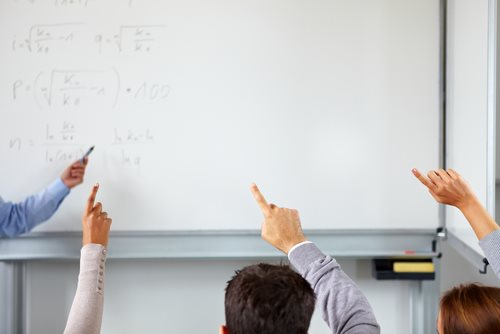 The United States offers a visa to foreign nationals that wish to
enter the country for the purpose of completing a trainee worker program
offered by a company or business in the United States. The trainee
worker visa, or the H-3 visa, has specific pre-requisites and
eligibility requirements in order to qualify in receiving an H-3 visa.
In order to apply for a trainee worker H-3 visa, one must file Form
I-129, Petition for Nonimmigrant Worker with the appropriate United
States Citizen and Immigration Service center that has the proper
jurisdiction for the location where the training program is to take
place.

A trainee
worker may also gain the H-3 visa if he/she is considered to be a
Special Exchange Visitor. A Special Exchange Visitor is an individual
that seeks to enroll a trainee worker program for the purpose of gaining
training for education of children with special needs or disabilities.
This particular consideration is limited to only allowing 50 total
foreign nationals a year for such a program. Under this particular
program, the H-3 visa is only granted for a total of 18 months, which
differs from the standard two years under other types of trainee worker
programs.

There also certain
limitations to consider when applying for a trainee worker H-3 visa. The
H-3 trainee worker visa only allows its holder to work or train with
that particular company which is meant to provide for the training. The
actual employment by the company is not necessarily a major facet of the
training program, for training itself is the sole purpose that the
trainee worker visa is granted. The trainee visa will usually be granted
for the length of the training program. However, the visa does have a
two year limit.

Extensions of the H-3 visa may be granted, but cannot
extend the imposed two year limit. For those wishing to stay beyond the
two limit allowed by the trainee worker visa, they will have to seek a
change of immigration status with the United States. However, the
foreign national cannot seek the change of status until a total of six
months have been spent outside of the United States after the trainee
worker visa has expired.

Certain liberties are given to those
holding the H-3 visa. A foreign national with a worker trainee program
may be eligible to take college credits while his/her stay in the United
States. However, it cannot be done so on a full-time basis or
enrollment. Furthermore, such courses should be used to supplement the
training that he/she is participating while in the United States.

Getting Your TD Visa