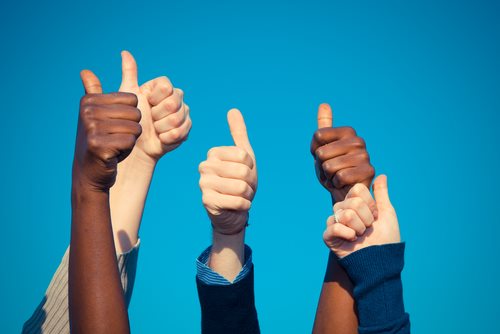 The so-called bipartisan “Gang of Eight” senators has introduced legislation, the Border Security, Economic Opportunity and Immigration Modernization Act, that they say will reform the immigration system. This legislation promises, among other things, to tighten border security and controversially grant legal status to the 11 million undocumented immigrants in the United States.

Supporters of this bill, S. 744, say that it will greatly improve a dysfunctional immigration system. However, a conservative backlash against it is taking place in the House. The backlash is specifically against the provision to grant a path to citizenship to the 11 million undocumented immigrants. Those who oppose this reform in the House are hoping to kill the bill through a strategy of delay and dismemberment. However, a bipartisan group of House members is working behind the scenes to draft a bill that does will have a path to citizenship.

The debate on immigration is certainly divisive in the United States. However, a recent Pew Research poll has shown that perhaps the Gang of Eight is out of touch with what Americans truly want in terms of immigration reform. This poll reveals that 55 percent of Americans oppose granting citizenship to those 11 million undocumented immigrants.

Californians for Population Stabilization (CAPS) is a nonprofit organization that aims to preserve the future of the state of California through the stabilization of the state’s population. CAPS aims to educate the public about the negative impacts of overpopulation, and has given the issue of immigration special attention by sponsoring media and public awareness campaigns and working with lawmakers to promote responsible immigration policies since most of the United States’ population growth and that of California was a result of immigration.

The following is an interview with Joe Guzzardi, Senior Writing Fellow at CAPS, on his views on the immigration reform legislation.

Right now, the dynamic of the debate has shifted dramatically from the time before the bill (S. 744) was introduced, when the Gang of Eight and their media supporters dominated the debate by falsely promising that it was going to be an overhaul that would feature security measures and would make sure that all of the amnesty illegal immigrants would pay taxes and go to the back of the line.

Now that the people have had the time to read the bill there is a growing realization that none of the promises are included in the bill! There is no increase in border security, there is no way amnestied illegal immigrants are going to pay back taxes or fees or anything else promised! Remember that Senator Marco Rubio promised that border security "triggers" would be in place before any illegal immigrants were legalized. We now know and Rubio admits that this is not the case.

So 11 million illegal immigrants will be instantly work authorized and compete with 22 million unemployed or under-employed Americans. Over the first decade after passage, as many as 33 million new green cards could be issued. Outrageous on both counts. And we also know that, according to the Heritage Foundation, the legalizing illegal immigrants would cost American taxpayers $6.3 trillion. More outrage that the already beleaguered taxpayer—who by the way opposes amnesty— would have to fund. It's important to remember that the amnesty legislation is strictly Beltway-driven and has little support from grassroots Americans.

What the Gang of Eight had hoped to be a "yea" slam dunk vote is now highly doubtful. Rubio himself indicated it's questionable that, as written, S. 744 would pass the Senate and added that he doesn't expect it would pass the House. So, to answer your question succinctly, I think the bill is terrible in every respect and I put its chances of passage at 50/50 at best.

I want mandatory E-Verify, and an end to the idiotic Diversity Visa. Honestly, most of the other dozens of visas are questionable at best. We saw in Boston an example of the rampant abuse of the student visa and U.S. asylum policy. Include as questionable the fiancée visa ("K"), the religious worker visa ("R"), and non-immigrant worker visas like the H-1B visa.

Look at the abuse the K visa has set off—hundreds of for-profit Internet sites unscrupulously matching aging American citizens with young women from all over the world. The women are eager to marry someone they hardly know for in exchange for legal U.S. residency

Except in extraordinary circumstances, the visas serve little positive purpose and all of them encourage immigration abuse, the last thing we need.

Do you think it would be a better policy to change our immigration system so that more highly-skilled workers are permitted rather than low-skilled workers?

If there are going to be changes in the visa system, and certainly there are areas where changes could be made that would be positive for the country, I certainly agree that people with higher skills and more education should be at the top of the list of anybody who comes into the United States.

But the idea of more visas for low-skilled workers is an unfunny Chamber of Commerce joke! You have 20-22 million Americans that are either unemployed or underemployed, and of those 22 million, a significant portion of them have little education and would do those kinds of jobs if they were made available to them. So yes, if you were to prioritize the different visa categories, I would agree that the first people who should be considered are people who have high education levels and who are probable entrepreneurs, and who would start businesses that would employ Americans.

What are some of the accomplishments of Californians for Population Stabilization?

CAPS was formed in 1986 and has been in operation continuously since then. It has always had a strong environmental perspective and wants Californians as well as the other 49 states' residents to be more environmentally aware. CAPS helps Californians realize that what was once a beautiful and unspoiled state has suffered significant changes in its environmental quality for numerous reasons, including high levels of immigration and also high birth rates among some immigrant families.

We believe more people equals more cars, more housing, more schools, more hospitals – all those things need to be built to accommodate higher population. When houses etc. are built, land—which in many parts of California has been agricultural land— is lost forever. The term generally used to describe the phenomena is "sprawl." So immigrants come to the United States and to California not to live the way they did in their home country, but to become consumers and excessive consumerism is bad for the environment.

Secondly, one of the things CAPS has done is that we have been active in helping to block previous amnesties: the 2006 and 2007 amnesties. And we have worked tirelessly to block the DREAM Act in all of its different manifestations! The DREAM Act was introduced 10 years or so ago, and it has been an ongoing but successful to keep the DREAM Act from passing.

Last year we started an outreach program among California colleges and universities to get students to submit essays on why preserving California and its environment is important to all California residents, but especially important to the younger generation! We had tremendous response.

If this legislation does pass, what would be the next step for Californians for Population Stabilization?

I'm confident legislation, as currently written, will not pass. If it passes the Senate, it is not going to pass the House. Nevertheless, what I foresee is endless weeks of hashing and rehashing immigration in both the House and the Senate.

In other words, the issue is not going to go away. And even if S. 744 does pass, for immigration advocates, it still won't be enough. There will be something out there where they will say, “it is great that the bill passed, but it didn't do enough for this or that particular group.”

CAPS is committed to fighting and winning the fight for a better and fairer America for all Americans no matter how long that battle may take.