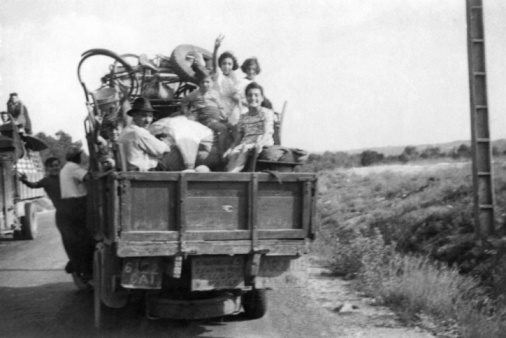 Chad is home to one of the world’s poorest populations: because of this, the refugee camps that have been housing so many Darfur refugees who have fled to Chad have put an even greater strain on Chad. Unlike conflicts in other parts of the world, villager in eastern Chad have been welcoming and accepting of the Chad refugee seekers from Darfur.
Although conditions in Chad, including the Chad refugee camps, are not considered to be upstanding, Darfur refugees consider the conditions to be survivable, unlike those found in Darfur.
Tensions began to increase between local Chad villagers and Darfur refugees in the refugee camps as the demand for supplies and resources increased as the limited supplies and resources dwindled. Due to the quick exit that Darfur residents made from the region to seek refuge in various Chad refugee camps, many people did not bring any of their possessions. Accordingly, they are dependent completely on the aid of Chadian government.
Since Chad lives in extreme poverty and the residents live so close to the refugee camps, they witness daily the resources that Darfur refugees receive. The Red Cross tries to provide the Darfur residents with the benefits of education, both as well as food and clothing. These refugee camps are a financial drain on the people of Chad and resentments continue to grow. In fact, although the Red Cross provides these services and food to the Darfur refugees in the Chad refugee camps, they do not provide these services to the actual Chadian residents, causing both jealousy and resentment among the locals.
Another great resource strain is over the supply of firewood. Villagers of Chad and those from the refugee camps now must compete for the firewood that previously was attainable by the people of Chad. It is now harder to prepare meals with the limited food that is available.
Statistically, a third of the locals suffer from malnutrition. This causes additional tension as Darfur refugees benefit from the food supplied by the Red Cross at the Chad refugee camps.
Tensions are expected to run high and not waver, considering the unlikelihood of the return of the Darfur refugees to their previous homes. Considering other areas where refugee camps are plentiful though, the local conditions are still relatively peaceful.

When To File A Waiver for Immigration Bands