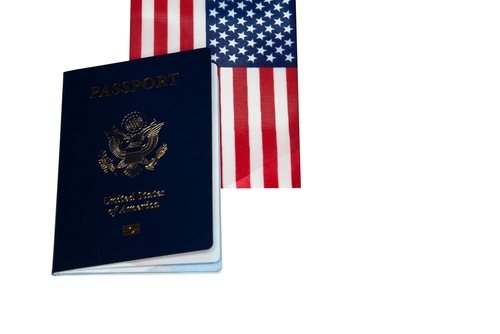 Getting citizenship and all of its associated rights within the legal jurisdiction of the United States can be provided through the means of enacting the process referred to as naturalization. The legislative foundations for this process consist of the Immigration and Nationality Act.

The U.S. Citizenship and Immigration Services (USCIS) has replaced the formerly empowered Immigration and Naturalization Service (INS) as a source for governmental authority over such matters, having been first created in 2003 as a section of the Department of Homeland Security.

Permanent residency prior to citizenship

People who obtain recognition under the citizenship rules set into place by the Immigration and Nationality Act and enacted by the USCIS will often, though not necessarily, first obtain recognition as permanent residents prior to being recognized as full citizens. In this way, people can secure rights to permanently reside and maintain legitimate employment in the country without yet being considered full citizens of the U.S.
People who receive this form of recognition will accordingly be provided with what is commonly referred to as a Green Card. Generally the steps for people interested in undergoing the process of naturalization and attaining the status of citizenship will begin with considering the means for attaining permanent residency status.

While prior status as a permanent resident of the United States may or may not be necessary as a means for further attaining the status of citizenship within the country, certain requirements will be found to be in place for attaining this recognition.

As such, permanent residents who have been recognized as such for a minimum of a 5 year period can enter into the process to attain citizenship within the U.S.

A hopeful recipient of citizenship rights who is married to an individual who already holds such status can accordingly initiate the naturalization process after just a 3 year period.

U.S. military service members who are not U.S. citizens as of yet will often be empowered to enter into the naturalization process and gain recognition for citizenship.

The specific form administered by the USCIS toward the end of allowing eligible non-U.S. citizens to enter into the naturalization process and attain the status of citizenship within this national jurisdiction consists of Form N-400, the Application for Naturalization. An exception to the necessity for referring to the specific documentation of Form N-400 toward the end of attaining recognition through the status of citizenship consists of M-599, Naturalization Information for Military.

One of the most important functions administered by the USCIS consists of the Citizenship Test, who is geared toward allowing people to verify that they have the required degree of knowledge in the English language, in the history of the United States, and in the civics issues relevant to the U.S. government and people.

The status of holding citizenship within the jurisdiction of the U.S. can be rendered automatically, and not through the USCIS-administered process, for the children of U.S. citizens upon becoming 18 years of age.

The Center for Information Studies

Visas to Other Countries