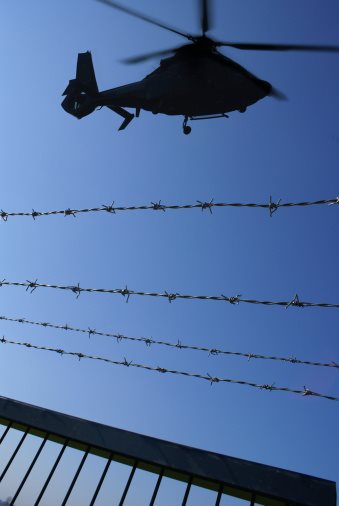 In contemplating the effects of refugees on the lands they inhabit, the implication would be that all of these effects are negative ones, though this is not the case. Many political refugees and asylum seekers have escaped persecution in their home states only to share their extraordinary knowledge and talents with the world. For instance, Albert Einstein fled the rise of the Third Reich in Germany.
Resources
Just because a refugee camp is built in an area doesn’t mean that new resources will magically spring up in a certain location. First of all, refugee camps cost money. While some governments might be able to foot the bill, non-profit, non-governmental organizations are typically enlisted in humanitarian aid. These organizations depend on donations. Secondly, a refugee camp will take up land, and in any event, basic needs of hunger, thirst and shelter must be met. All the while, these provisions for refugees are being made alongside the needs of regular citizens.
Health issues
Refugee camps, while better than nothing, are nonetheless poor sources of consolation for displaced people. As there are only a limited amount of resources, so too are there limits to the amount of medical resources available. As a result, sizable congregations of people in a refugee camp obtain refuge from political threats, but their close proximity is conducive to the spread of germs and disease.
Population shifts
Certainly, the population of an area will see a shift from the influx of refugees and asylum seekers. Ideally, refugees should be able to return home at the close of the war or end of any other event that spurred the migration. This is not always the case. Some people remain in refugee camps years after they fled their country of origin, and yet others choose to permanently remain in the land to which they first moved. Repatriation is a superior option to life in a refugee camp. If refugees attempt to integrate themselves with an existing population, the changes in the ethnic makeup of the environment can prompt an upset knee-jerk reaction from long-time residents.

The Troubling Causes for Displaced Persons