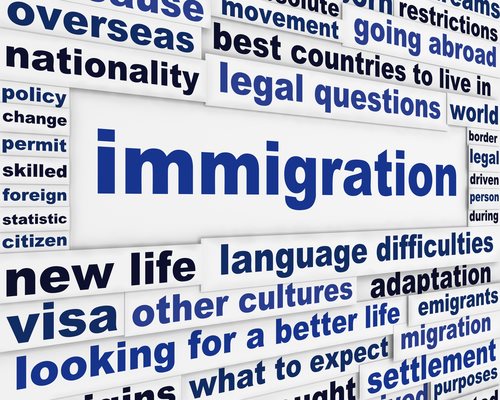 After many months of bargaining and compromise, the so-called “Gang of Eight”, a bipartisan group of senators, has come up with legislation that promises to genuinely reform our immigration system. This legislation would tighten border security even further, expand legal immigration for the next 10 years, award more visas based on professional merit and education and grant legal status to the bulk of the 11 million undocumented immigrants in the United States.

Supporters of this legislation feel that it finally brings some common sense to a broken immigration system. However, a conservative backlash against it has begun in the House. The backlash is specifically against the provision to legalize the status of the 11 million undocumented immigrants. The opponents of this reform in the House are hoping to thwart it through a strategy of dismemberment and delay. This is despite the fact that several prominent Republicans, such as Sen. Marco Rubio (R-Fla) who helped draft the bill in the Senate, have come out in support of it. And, a bipartisan group of House members is working behind the scenes to put together a bill that does include such a path to citizenship. Although details that are emerging suggest that even this legislation may be quite punitive in nature.

The debate on immigration is certainly contentious in our nation. The GOP’s line on immigration during the 2012 elections, has meant that the party has lost support among Latinos. According to one poll, some 58 percent of Latinos voters said that immigration was a top issue for them.

America’s Voice Education Fund is a national organization that aims to use the collective power of American values and American voices to help implement policy that would guarantee the civil, political and labor rights of immigrants and their families. America’s Voice Education Fund works with civil rights, progressive, labor and faith-based organizations to help enact the federal provision of the immigration reform legislation that would legalize the status of what they describe as “11 million Americans-in-waiting.”

The following is an interview with Lynn Tramonte, Deputy Director of America’s Voice Education Fund (AVEF), on her thoughts and feeling about the current immigration reform legislation and the work of her organization in the realm of immigration reform.

I have to tell you, this moment we are in feels totally different from 2007 and 2006 and other times when a comprehensive immigration reform bill was being debated. There is so much diversity in support, not only for the general idea of immigration reform, but the specific components. I think that the politicians are seeing a convergence of a smart policy solution and a smart political act for them and for both parties. We are in a very special and rare point in time where the planets are coming into alignment and it looks like we will actually be able to do something this year. So that’s very exciting!

I think you are seeing a lot of excitement because the Senate bipartisan bill is a good compromise and it is a lot better than some of the other bipartisan, compromise bills that have been put forward in recent years. It is actually a true compromise, every senator that was part of the drafting had to give something up, and every senator got something. The border enforcement provisions, for example, are extreme. We have already essentially militarized the border, and we already achieved great results in securing the border and so much has been done over the last 20 years, and this adds billions more taxpayer dollars to that! More fencing, more agents, more technology and requirements that are very stringent – and that is not the bill we would have written, but that is the bill they came up with.

One of our core priorities is the path to citizenship provision for undocumented immigrants. Is it a real path? Is it achievable? Is it affordable? Is it timely? We are concerned that for the general population of immigrants without papers that it is going to take more than 13 years for them to work their way towards citizenship. That is a long time! Especially, when you consider that the vast majority of these immigrants have already been living in this country for years and even decades. More than 2/3 of Latino undocumented immigrants have been in the country more than 10 years. And a good percentage have been here for more than 20 years! These are a very rooted group of folks – they are Americans without the paperwork basically.

First of all, it is not amnesty if you have to earn it. For example, if you get a traffic ticket you have to pay your ticket, you are not given amnesty! You have to work through the rules to get the points off your licence, and, ultimately, in a couple of years you will have the points taken off. This is similar. They are paying a penance for having broken the law. It is not a crime to be in the United States without papers, it is only a civil offenSe. So this is not amnesty, they have to earn it and go through a long process.

Now, the idea of immigrants being a drain on the economy, this argument has been used for 200 years. If it were true, then why are we an immigrant nation? Why do we welcome immigrants? Why are immigrants more likely to start businesses and employ Americans than people who were born here? I do not think it rings true with our experiences of immigration that they are a drain. There are many studies that show that cities that have embraced have been revitalized economically. For example, in cities like Cleveland where I am from, that are experiencing a downturn, and they are looking for ways to welcome immigrants because they expand the tax base, start businesses and create jobs.

Now, it is true that some employers, especially in industries like farming, do exploit immigrant workers because they think they can get away with it. That is because immigrants do not complain, or if they do complain they do not how to exercise their legal rights, or they think they have less legal rights than Americans. But that is another driving factor behind immigration reform, which is that if people are working here they should have a legal status so they have more confidence and ability to exercise their legal rights.

What are some of the accomplishments of America’s Voice Education Fund?

We were created after the failure of the last comprehensive immigration bill, when we realized that most of the groups working on immigration reform were having a policy conversation in Washington, and the rest of the country was having a political conversation about immigration. Our opponents were then tapping into frustration across the nation with the broken immigration system and saying that that bolstered their position. So we were created to bring voice to challenge this idea that Americans are narrow minded and think that the right solution for this country is to make the 11 million immigrants without papers to leave. Our experience has been that that does not represent majority opinion.

One of the major accomplishments of not only America’s Voice Education Fund, but also more broadly the immigration reform movement is to realize that we have to harness our political power and use it! There have been many organizations that have worked to organize voters in the Asian, Latino, and other communities around the country and make a real impact on elections. And prove that the pro-immigrant voter is powerful! America’s Voice Education Fund helps to communicate that to the media. When the 2012 election results were called, people started talking about how Romney made a fatal mistake by embracing leading anti-immigrant figures and having a hard line on immigration. He basically, as one Republican strategist put it, self-deported himself from the White House.

If this legislation does not pass, what would be the next step for America's Voice Education Fund?

There are opponents in the Senate, but more and more Republicans that used to be opposed are starting to take a second look at this reform. We still need to know what will happen in the House. There is a bipartisan working group in the House that is drafting a comprehensive bill. So at this point the key question is how will the House proceed? And which way does House leadership choose? Do they choose the narrow-minded backward looking bills that got Republicans into this predicament in the first place? Or do they choose the forward-thinking, bipartisan majority-consensus approach that actually matches up more with what the Senate is doing and can achieve a victory for the country and for their party? So that is the challenge that remains and we are focused on that. We do not have plan B right now, we are all in to get this bill done this year! This is our time, this is our window of opportunity and we are seizing it!

The Scary Facts on Immigration Law and Disease

What You Must Know About Passport Renewal