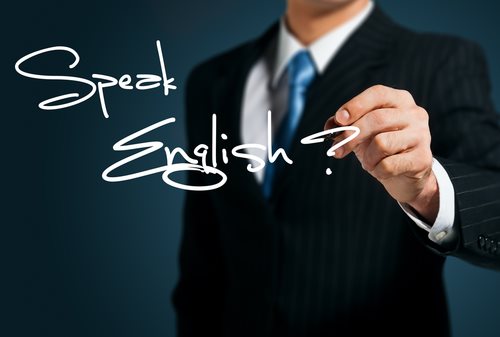 Most studies have shown that the single most important factor in determining the economic success of immigrants in the United States is their ability to speak English. One study has shown that immigrants can increase their earnings by 20 percent by improving their English language speaking ability from “not well” to “very well.” Furthermore, the earnings gap between native-born Americans and immigrant narrows when English language ability improves dramatically – by 6 to 10 percent for women and 16 to 18 percent for men.

Beyond the obvious and well documented economic and educational benefits of speaking English well in America, the English language has served as a unifying force among Americans of all ethnicities and national origins for centuries. Americans practice a multitude of different religions, adhere to various different political ideologies, but language has always served as a common denominator among us. In the 18th century, Dutch settlers went through language shift and adopted English, the same process occurred among German immigrants in the 19th century and Japanese, Italian and Greek immigrants in the 20th century. The pattern has always been that immigrants come here speaking a new language, shift from usage of the old language to English and succeed and become part of the patchwork that is America. It is a winning formula to which we need to adhere so that we may continue to write the success story that is America.

Hence, the importance of the English language provision in the new immigration reform legislation that is being debated in Congress cannot be overstated. This provision would require that for undocumented immigrants to get on the path to citizenship, they would need to learn English and civics. Finally, a triumph of common sense over political correctness.

The following is an interview with Robert Vandervoort, Executive Director of ProEnglish, on his thoughts and feelings about the English language provision in the immigration reform legislation and the work of his organization in the realm of promoting and defending the status of the English language in America.

How do you feel about the immigration-reform bill being debated in Congress?

Two dozen states have English as an official language. What is the significance of this also happening at the federal level?

If your readers visit our website at ProEnglish.org, they will see a list of all the states that have official English.  Having states pass official English laws helps the taxpayer save money from avoiding unnecessary translation costs, and it also sends an important message that English is the language one needs to assimilate to.

What other steps would you like to see Congress take to promote English language knowledge and usage?

In the past, there have been bills defending English-in-the-workplace, so that business owners do not have to fear lawsuits if they wish to conduct their business in English.  We would like to see the repeal of Bill Clinton's Executive Order 13166 which requires the federal government to provide translation services in any language to anyone.

Do you believe a common tongue among Americans, with that tongue being English, could serve as a great unifying force among us?

It's very clear that having one language is a key component in bringing all Americans together.  If you look around the world, you see many places that are dividing over language issues.  For example, even our neighbors to the North, in Canada, are divided over language.  Much time and money is spent in Canada on translation costs of French and English.  Language divisions can be a source of friction, as is the case in Belgium and in Latvia.  We are very blessed to have a common tongue that helps us communicate with one another in all fifty states.  Yes, our common language of English is a great unifying force, and one we must work to preserve.

The Most Important Immigration Laws