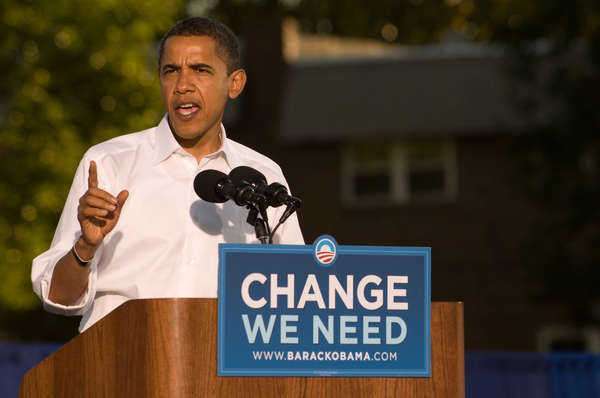 Possible new President Obama hopes to strengthen the United States-Mexico border by funding an increase in security personnel and technological advancements at all ports of entry. He also has planned to help many illegal aliens make an easy transition from illegal to legal status, hoping to keep families together and meet the constant demands for the jobs American employers are unable to fill.

Strengthening the interior enforcement of employers hiring illegal immigrants is  high on the agenda as well. Obama believes that by tightening the reins on employers who hire illegal immigrants, the incentive for entering the country illegally will decrease due to the lack of available jobs that would be available for illegal immigrants. Although there are already immigration laws dedicated to prosecuting these employers, they are rarely enforced. New enforcement plans would include higher fines and possible jail time for violators if they are caught.

The biggest change that would occur under Obama's new plan would be the same "amnesty" plan that has been pushed for years by various presidential administrations. When former President George Bush tried to get a similar plan passed in 2004, it was shot down by Congress.

This was a big blow to the Bush administration, whose immigration reform policy proposal was a cornerstone of its national agenda. This new amnesty plan would allow for many illegal immigrants who are in good standing to be allowed to obtain citizenship by paying a fine and learning English, although they would have to proceed through the entire naturalization process to become an official citizen.

The final part of President Obama's plan would be to take a direct approach with Mexico by promoting a higher standard of economic development for the country. The hope would be that if the economy in Mexico improved, Mexican residents would have the incentive to stay in Mexico. Immigration laws have been aiming to address Mexico's economic problems for many years.

The History of Canada Immigration

The Pull vs. Push Dynamics of Illegal Immigration