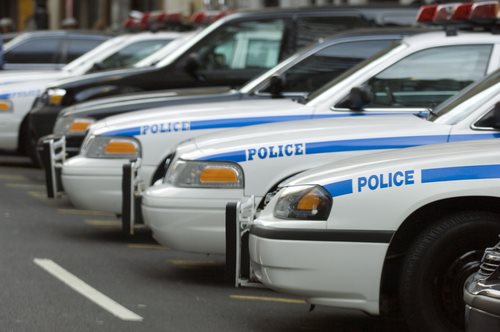 The INS (Immigration and Naturalization Service) was a division of the United States Department of Justice, but has since been replaced by Department of Homeland Security (DHS) in 2003, following the terrorist attacks on the World Trade Center in 2001. The functions of the INS have largely been replaced by several divisions within the DHS, including immigration services such as naturalization, permanent residence, and asylum.
The main duty of the INS was the protection and enforcement of immigration laws. It was designed to control immigration problems, such as preventing illegal aliens from entering into the United States and helping people born in foreign countries become U.S. citizens in a process known as naturalization. Working with the United Nations, the Department of State and the Department of Health and Human Services, the INS was able to deal with immigration problems.
Divisions of the INS:
The INS was divided into four divisions: Programs, Field Operations, Policy and Planning, and Management.
The Programs and Field Operations:
The programs division was responsible for the direct enforcement of the policies created from the management division of the INS. This included the tackling of immigration problems including the search, detainment, and deportation of illegal immigrants in the United States. It also handled the legal and illegal affairs of immigrants entering into the United States.
Field Operations oversaw that the offices operating around the world were performing their duties correctly. They also implemented the policies and tasks for solving immigration problems for three regional offices working under it.
Management and Policy & Planning Divisions (The Managerial Divisions):
The office of Policy and Planning was divided into three areas: The policy division, the planning division, and the evaluation and research center. The purpose of these divisions were to communicate ideas and information about the immigration problem with other organizations.
The management division helped to maintain and keep a focus on the general duties of the organization and made sure that the overall mission was being carried out. These duties were accomplished through Information Resources Management, Finance, Human Resources and Administration, and Equal Employment Opportunity.
Origin of the INS:
The formation of the INS was due to the U.S. Supreme Court’s decision in 1875 that ruled immigration as a federal duty to control because many states began to pass their own immigration laws at the end of the Civil War. Early forms of the INS operated under the Treasury Department and was responsible for admitting, rejecting and processing immigrants. They also began to establish initial immigration laws and policies.
During the 1900s, the primary concern of organization was to make sure that American wages were protected from the immigration problems that started to take shape. This is when Congress moved Immigration responsibilities from the Treasury department to the Department of Commerce and Labor.

The Facts About the Green Card Lottery

A Look at Extraordinary Rendition

The Laws Against Border Crossing