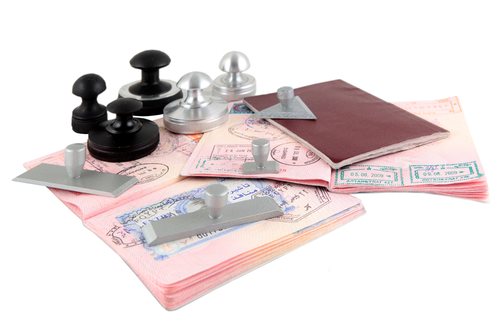 Deportation may not seem like a serious consequence to some. As a matter of fact, those illegal immigrants who have subsisted under the auspices of the United States and subsequently have been deported may be argued to be getting off easy for blatantly disregarding American laws. Still, as life for undocumented aliens in the United States may not be easy, the aftermath of a deportation order is likely to be a challenge in it of itself.
On a logistical level, the mere process of being detained and deported can be quite an ordeal. On a level of self-fulfillment, being sent out of the country may effectively end one’s dream of living permanently in America.
Plus, on a level of personal pride, the stigma associated with deportation may be enduring and hurtful to the individual who is expelled, prompting many facing removal to voluntarily repatriate themselves to avoid being formally labeled as a deportee. Thus, while deportation may be a necessary defense mechanism for countries, in many ways, it is an unfortunate consequence of having to enforce immigration lawGeneral Laws of Deportation
While in almost all circumstances a country may not forsake its citizens, this is not the case for foreign nationals. Immigrants to the United States may be removed for a variety of offenses, though deportation based on minor crimes is usually considered a poor tact to take based on the common responses of the international community.
An immigrant facing deportation is encouraged to not jump into a situation with a deportation attorney. It is generally recommended that one consults a lawyer he or she trusts and who knows a fair amount on the subject of which they profess to be an expert.
In all honesty, some cases will be hard if not impossible for a client to win, so the services of a deportation attorney may be a waste of time and money for those responding to the charges of an immigration court. Nonetheless, in more favorable cases, an initial consultation would be a prudent measure, and if nothing else, a deportation attorney might help to use his or her knowledge to delay the deportation process.
Again, though, a client will want to be careful in selecting a deportation attorney; quality and comfort should not be sacrificed for convenience. In searching for a good lawyer, immigrants facing deportation may solicit the advice and recommendations of friends and family, especially if they have avoided that fate. However, they must make sure that hiring the lawyer of their choice is within their means. Some work on a sliding pay scale and others will be cheaper if they are relatively inexperienced.
Even so, considering most illegal immigrants live in poverty, other resources unfortunately may have to take the place of an attorney, such as law books and Internet forums. While some lawyers may choose to represent a prospective deportee pro bono, others may take to the courts alone and represent themselves.
Effects of Deportation
Deportation may have the greatest individual impact on those actually marked for removal, but many others in their lives may be negatively impacted by the United States government’s refusal to let them stay in the country. An order for deportation is clearly disruptive to illegal immigrant families. Parents and children stand to be estranged from one another with long periods of detention, and a family might be forced to move on without the deportee, even when it lacks the monetary means and motivational will to press on. Then again, a family unit might be completely ravaged by deportation, and children could become wards of the state.
Even non-immigrants are hurt by deportation, though. Getting rid of immigrant laborers in areas where American labor cannot fill the voids will be of definite disservice to employers, and while they are not encouraged to hire illegal immigrants, the federal government knows that mass deportations could cripple the U.S. economy. Furthermore, besides the financial complexities, there are ethical concerns in strict no-tolerance policies for illegal immigrants.
Unreasonable searches and seizures of suspected illegal immigrants and excessive force in bringing them to justice are a fear of civil liberties organizations under such a scenario. On a global scale, abuses against immigrants and allegations of discrimination in immigration enforcement may hurt the United States in the eyes of the international audience.