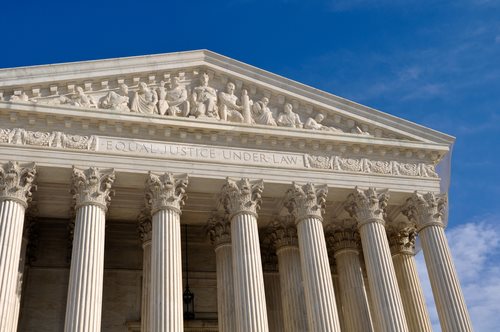 The subject of deportationcriminalAccording to legal theory, federal deportation laws must supersede any state provisions that would seek to run contrary to the verbiage of the ConstitutionTenth Amendment states that that any responsibilities not reserved for the federal government fall upon the shoulders of the states and the people. This manifests itself most directly not in the formation of new deportation laws, but in the enforcement of national immigration policies. This is precisely what is so often troubling about the entanglements of criminal immigration law to state officials.

For one, there are issues with the viability of deterring, detaining, and deporting so many illegal aliens. In fact, the government has had to deputize local officials for the express task of patrolling the Mexican-American border, and local and state authorities have had to fill their jails with undocumented foreigners, which takes away from the resources of the constituents.
Furthermore, not only is processing violators of criminal immigration law costly, but providing services for those criminal immigrants who are released back into society and other illegal immigrants also may set these local and intermediate bodies back. In the event the federal government must cut funding to the states, the ability for the states to satisfy deportation laws as well as their own needs may be severely compromised.