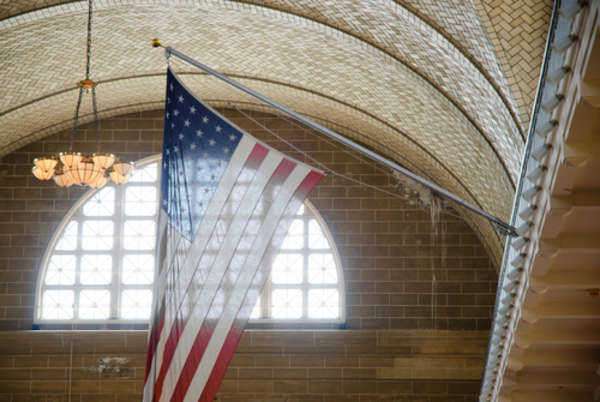 Link to the Full Text

The Immigration and Nationality Act in the United States

Today, the Immigration and Nationality Act governs almost all immigration issues. The Act prohibits employers from hiring undocumented workers knowingly and also requires employers to verify the identity and work eligibility of their employees as stated on the IRS Form I-9. Additionally, the act prohibits job discrimination on the grounds of immigration status.

The Immigration and Nationality Act of 1952

The Immigration and Nationality Act 1952 is also called the McCarran-Walter Act, was the first act which consolidated immigration law into one body.

President Truman was concerned about the Immigration and Nationality Act due to decisions to keep the quota system for national origins and to create quotas for Asian countries based on race. The president vetoed the act because he felt the bill was discriminatory. However, his veto was overridden by Congress with a vote in the House of 278 to 113 and a vote of 57 to 26 in the Senate.

Many of the earlier immigration policies were incorporated into this act. However, there were also many new policy changes including:

Creating selective immigration to aliens with certain skills and family members of American citizens and alien residents through quota preferences.

Creating a reporting system for United States aliens to report their current residence to the INS annually.

Creating a central index of aliens for use by enforcement and security agencies.

Allowing the government to deport naturalized citizens or immigrants who engaged in subversive activities.

Expanding the United States to include Puerto Rick, Guam, and the Virgin Islands.

Immigration and Nationality Act Amendments of 1965

The Immigration and Nationality Act 1952 Act was amended many times, but the biggest changes were made with the amendments in 1965.

Major amendments to the Immigration and Nationality Act included the following:

Created a preference for individuals with special occupational training, skills, or abilities as well as for those who were relatives of American citizens or permanent residents.

Established two different categories of individuals (immediate relatives of American citizens and special immigrants) who were not subject to numerical restrictions.

Congress passed this amendment with a 326 to 69 vote in the House and a vote of 76 to 18 in the Senate. The bill was signed into legislation by President Lyndon B. Johnson July 1, 1968.

How the Immigration and Nationality Act Affects Employment

The Immigration and Nationality Act makes it illegal for an employer to hire individuals who are not authorized to work in the United States knowingly. The act also requires employers to look over documents and to confirm the identities and work eligibility of potential employees.  Employers can hire individuals whose documents prove both identity as well as work authorization. Many different combinations of documents are acceptable as long as they all seem to be genuine documents.

Another policy of the act states that employers must treat all employees and applicants equally, regardless of status. Employers cannot discriminate during the hiring, referring, recruiting, or firing process. They are also not allowed to retaliate against individuals or employees who have participated in an investigation against the employer for discrimination or against those who have filed a charge for discrimination. Immigration-related employment discrimination includes being discriminated based on citizenship status, national origin discrimination, nationality, birth origin, accent, language, or appearance.

If an employer fails to verify the employment eligibility and identity of his or her employees, the employer is subject to punishment by fine. The United States Congress established the Office of Special Counsel to handle unfair employment practices based on immigration. Specifically, they enforce the policies of the act and also educate the public regarding employment discrimination related to immigration status.

Since 1987, the Office of Special Counsel has received over 6,000 different charges of discrimination that involve either citizenship status or national origin. Since this time, the agency has also collected nearly $2 million in the form of back pay to compensate those victims of employment discrimination. They have also assessed over $1.3 million for violations of the antidiscrimination provisions of the act through civil penalties. The Office of Special Counsel serves all American citizens, permanent residents, asylees, and refugees. Many of the individuals being serviced are from Asia or Latin America, whether native-born American citizens or newcomers.

A Clear Overview of Politics and Immigration News