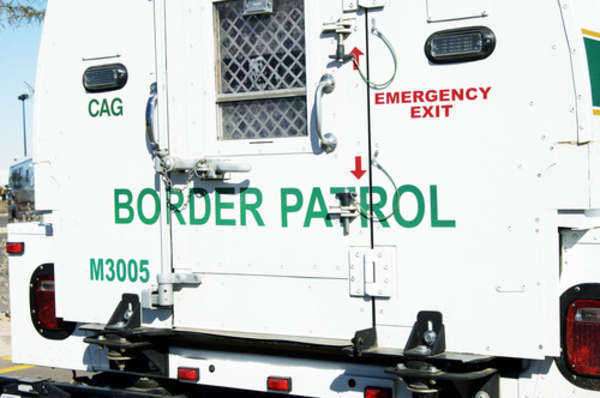 There has always existed a perceived connection between immigration and crime. Dating back to the early years of the United States, immigration trends began to skyrocket by the mid-nineteenth century. Due to the current absence of background checks completed at this time, many Americans were worried about the vast increases in unknown immigrants.

Just as there was a pervasive racism that effected this sentiment, similar stereotypes exist today towards those entering the country illegally. Many of these anxieties stem from the attacks on 9/11 and growing fears surrounding border protection. Although some of these worries are misplaced, criminal issues arising from illegal immigration do present a difficult set of problems.

For one, recent gang activity throughout Mexico often pours over the primary borders, bringing with it the illegal transportation of guns and drugs. In addition, the general notion that no parameter for documentation exists for one entering the country, as a result of insufficient border-point security measures, clearly presents national security issues to the larger American population.

This increase in available work has not, however, illustrated any marked different in pay or working conditions. The majority of illegal immigrants are subjected to dangerous work conditions, and are neither provided with any guarantee of employment nor compensation for injuries sustained on a job site.

Due to the fact that a majority of illegal immigrants work in arenas of manual labor, this lack of compensation resonates further. Based on growing trends of illegal immigration, employers have no incentive to raise pay or improve conditions. As a result, these workers are often underpaid and overworked with no representation. The plight of migrant workers reflects employment trends of the early twentieth century more than a modern and just nation.

Other dangers that stem from the current system of American immigration are comprised of human trafficking and exploitation. As a result of weakly-protected governed borders, criminals have been able to establish international trafficking routes where individuals are taken from Mexico, sometimes against their will, and forced into some wing of criminal activity.

Due to the nature of immigration law, some of these victims are held in the same accord as illegal immigrants. Rather than offering amnesty in certain cases to locate the actual criminals, immigration policy often presents laws that are too rigid to allow for marked growth in national security. Some of the more prevalent cases have dealt with prostitution rings that traffic women from Mexico usually for extremely low wages. Immigration policy argued to be far too complacent when establishing policy to address these violations of human rights – officers require more comprehensive tools to fight this growing danger.

What are the Enforcement Practices of the INS?