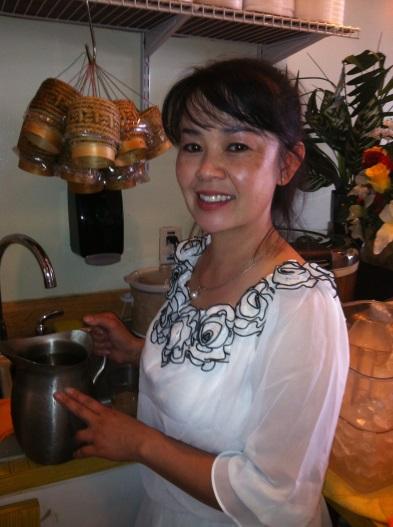 One organization here in the United States that has been a champion for refugee rights is the U.S. Committee for Refugees and Immigrants (USCRI). Founded in 1911, USCRI serves uprooted people, regardless of their race, nationality, ideology or social group. It provides opportunities and tools for both refugees and immigrants nationally, fights the warehousing of refugees globally, serves victims of human trafficking and advocates to protect the rights of unaccompanied immigrant children.

(More on News at LAWS.com, contact Adam for interviews “adama@laws.com”)

The following is an interview conducted by laws.com with Roberto Ponce, Director of Communications, and Ana White, Director of Government and Community Relations at USCRI, on how they are celebrating World Refugee Day and what USCRI is doing to help raise awareness of the plight of refugees and what you can do to help.

Often times when people hear the term ‘refugee’, their mind conjures up images of displaced persons living in camps in some far off corner in Africa. However, there are many refugees seeking shelter in the United States, aren’t there?

There are many refugees seeking protection in the United States and other countries. Unfortunately, only about one percent of them have a chance to start a new life in a new country through resettlement. We are projected to receive 70,000 refugees and 4000 Special Immigrant Visa holders in the United States this year.

Eight million out of the world’s 16 million refugees are warehoused – which means they live in a refugee camp. Many of them are living in terrible conditions and this must end!

Is USCRI launching any special projects or initiatives in celebration of World Refugee Day?

World Refugee Day is a great opportunity to call attention to the pleas of refugees around the world! So this year we are actually going to be focusing on refugee women and girls. Most refugees are women and children, and women and girls are impacted in many ways and face tremendous barriers in terms of accessing services from healthcare to education. They are also often victims of abuse and sexual based violence. USCRI is trying to bring attention to their needs and ensure that there are adequate programs servicing the needs of refugee women and girls.

We are also highlighting the courage and resilience of refugee women and girls. So this World Refugee Day, we are highlighting five stories of five refugee women who were resettled by USCRI and by our partner agencies and offices in five different locations. The stories chronicle the moment they fled their country of origin, and the courage they had and how they used that to succeed and integrate in the United States. These stories are essentially messages of hope, and will give a human face to the issue of resettlement.

This is what USCRI is doing in the DC office, but our field offices have many other amazing plans for World Refugee Day. Our Field offices are holding events that not only bring together refugees, but also bring together the communities that welcome refugees. For example in our office in Dearborn Michigan there will be a refugee celebration that will feature an Iraqi band that will perform in both English and Arabic. Our Albany office is hosting a World Refugee Picnic, a very popular event, where people bring food and games so the community can get a taste of different cultures. And our Des Moines office is hosting a farmers market where refugees can sell and showcase foods and produce from their culture.

All these events have occurred over this past week, and they are events that try to engage the community and the refugees living within them.

How can the public get involved in helping USCRI in its mission to provide aid to countless, vulnerable refugees?

There are a number of ways the public can get involved to help refugees in their own community. Donated items such as clothes, furniture and personal hygiene products are in high demand. Job training programs and English language programs are also needed. You can help by donating directly to USCRI to fund these critical programs. People are encouraged to visit www.refugees.org/donate to support the work we do and to learn more about donating items to local offices.

You can be confident that USCRI uses your donation responsibly because 97 percent of every dollar donated is spent directly on programs to help refugees. We have top ratings from the Better Business Bureau and Charity Watch. Whether you want to donate time, talent or money you can contact your local USCRI office to make a difference on World Refugee Day.

The Guide to the National Visa Center