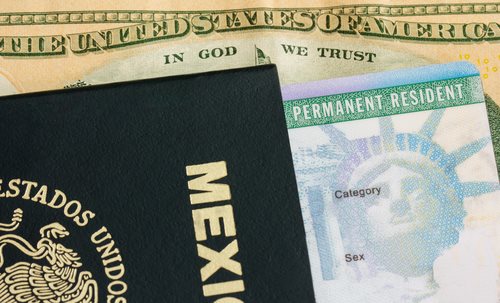 On October 2, 2012, the Immigration and Customs Enforcement (ICE) and the Mexican Ministry of the Interior announced the start of a project called the Interior Repatriation Initiative, or IRI.  The new initiative plans to “provide humane, safe and orderly repatriation” of Mexican citizens who returned to the country.  The new initiative plans to return the Mexican citizens to their hometowns—even in the interior of the country—instead of simply returning them to towns on the U.S. and Mexican border.
ICE’s Enforcement and Removal Operations now plans to transport Mexican citizens via charter aircraft who traveled from the interior of Mexico.  The chartered flights will fly to Mexico City, and then the Government of Mexico will provide ground transportation to their hometowns.
Many of the removed Mexican citizens are not from the northern border towns where they were historically repatriated.  When the U.S. government would repatriate the Mexican citizens to the border towns, they had a higher chance of entering the United States again, joining criminal organizations, or even losing their life.
ICE Director John Morton states, “IRI reflects our commitment and ongoing bilateral effort with the government of Mexico to ensure strong, humane and effective enforcement of both nations’ immigration laws.  This initiative will better ensure that individuals repatriated to Mexico are removed in circumstances that are safe and controlled.”
The Undersecretary of Mexico’s population, migration and religious affairs, Gustavo Mohar Betancourt, stated, “This initiative aims to collaborate and fully support border state authorities by reducing the number of Mexican nationals who are repatriated to the border region.  The newly repatriated, often with no means to return home, are susceptible to becoming a part of criminal organizations as a means of survival.”
The first flight for repatriation occurred on October 2 from the El Paso International Airport, and the flight contained 131 Mexican nationals.
Source: U.S. Immigration and Customs Enforcement

Using Marriage to Get a Green Card