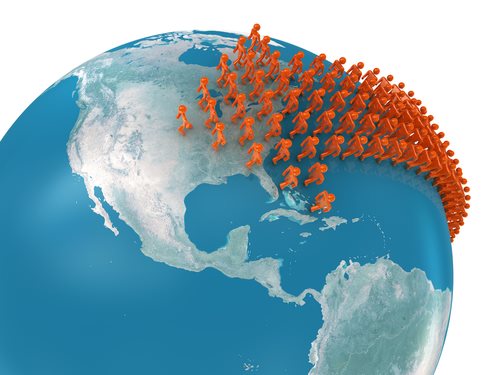 The immigration reform legislation introduced by the bipartisan Gang of Eight senators has now come under further scrutiny. The Senate Judiciary Committee has proposed some 300 amendments to the 844 page bill. These amendments are varied, and range from protections to gay couples to efforts to strengthen border security. The most ambitious goals of some of the amendments are to take down the provisions in the bill for creating a path to citizenship for the 11 million undocumented immigrants. However, most observers have noted that despite these efforts, it is unlikely for the bill to change significantly,  as its bipartisan supporters are likely to act as one  to halt any significant changes to its composition.

The GOP has proposed most of the amendments – 194 of the 300 total – and most of these are aimed at further fortifying the U.S. border. Republican Sen. John Cornyn of Texas submitted a plan, 70 pages long, to significantly strengthen border security and make it more difficult for undocumented immigrants to get on the controversial path to citizenship. Other amendments proposed by Democrats, such as the amendment proposed by Democratic Sen. Patrick Leahy of Vermont that would make foreign born same-sex partners of American citizens eligible to apply for a green card, are also controversial.

The original legislation that was introduced by the Gang of Eight aims to expand legal immigration over the next 10 years, tighten border security, and provide a path to citizenship to the 11 million undocumented immigrants in the country. It is particularly this last provision that has caused a backlash among a huge segment of American society.

NumbersUSA Education & Research Fund provides a forum for Americans of all national, ethnic and political backgrounds to focus on the singular issue of the numerical level of American immigration. It works to educate policymakers, opinion leaders and members of the public on immigration policies and legislation and their consequences. NumbersUSA advocates for a reduction to the levels of immigration for the sake future generations of Americans to be able to enjoy a high degree of mobility, environmental quality, worker fairness, fiscal responsibility and individual liberty.

Laws.com conducted an interview with NumbersUSA on its stance on the current immigration reform bill.

How do you feel about the immigration-reform bill being debated in Congress?

We oppose S. 744 because it would substantially increase the number of foreign job seekers at the expense of citizens and Legal Permanent residents. The bill would add 33 million foreign job seekers just over the next decade. This would increase job competition across the spectrum, although less-educated, lower skilled Americans would be hurt the worst.

We support mandatory use of E-Verify by all employers; enforcement of existing immigration laws; a reduction in legal immigration below the current historically-high level; an end to the practice of bestowing citizenship on children born in the U.S. to foreign nationals; adjustments to currently fraud-riddled guest worker programs, and real border security.

Do you think perhaps allowing more highly skilled workers to enter the U.S. and a cap on unskilled immigration would be a better policy to follow?

No, while 53% of recent college graduates under/unemployed, S. 744 proposes that every foreign student who earns a U.S. Master’s or PhD degree in a STEM field be automatically given a permanent work permit.  Data refute the sponsor’s labor-shortage claims. For instance, the National Association of Colleges and Employers, which tracks STEM salaries of those newly graduated, reports that overall engineering starting salaries have been flat for nearly three years since 2010, with a tiny 0.3% increase.  Similar trends exist for more experienced workers. In fact, according to Prof. Norman Matloff (EPI Briefing Paper #356, Feb 28), no study other than those sponsored by industry has ever confirmed a shortage!

Increasing unskilled labor outside of Agriculture just worsens job prospects for poor and less educated citizens and drives down wages. That dashes the hopes of so many who want to climb the economic ladder into the middle class.

What are some of the accomplishments of Numbers USA?

NumbersUSA is an educational and grassroots organization with about 1.7 million members. The NY Times credited our members with stopping the 2007 amnesty bill. We have worked to promote Attrition Through Enforcement policies which are reflected in numerous pieces of legislation introduced in Congress over the years.

If this legislation does pass, what would be the next step for Numbers USA?

We do not believe it will pass but if it does, we will work to ensure that the Obama Administration and future ones do not ignore the law's enforcement provisions or rubber-stamp applications for immigration benefits.