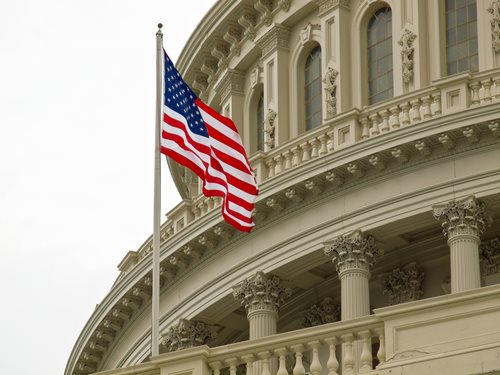 The Office of the Chief Immigration Judge is the main source for legal oversight of immigration activities within the United States. An individual immigration judge will be responsible for coming to decisions on certain aspects of a non-citizen’s ability to maintain residence in the country. The subject of this decision may be able to appeal to the Board of Immigration Appeals. Immigration law in this way can extend to the ability either to stay in or to enter the country.

According to a study which was conducted in 2009, that year saw 222 new immigration laws adopted and passed throughout the United States. In addition to the current immigration laws, the same period also experienced the adoption of 131 resolutions as to immigration concerns on the part of American state legislatures. The US Bureau of Citizenship and Immigration Services provide a centralized source of authority on current immigration laws, while political commentators have been anticipating the passage of new measures.

Title 22 in terms of immigration issues can specifically be understood as referring to a section of Chapter 36 of the United States Code, as refers as a whole to the subject of Migration and Refugee Assistance. Title 22 is addressed specifically to the topic of “Refugees and migration.” Among other things, United States Code Title 22 addresses the ability of the United States government to cooperate with the International Organization for Migration, as well as appropriations for funds.

Numbers collected in 2007 indicated that during the specific period in the United States the country’s immigration population had expanded to the point of some 38 million people. A study which took place the next year showed that around a million immigrants became naturalized US citizens during that period. A wide range of concerns have been raised over immigrants, both those who are legal and illegal, in terms of such issues as immigration equality.

The immigration debate is considered an urgent and frequently polarizing issue in the modern American political landscape. In this regard, anti-immigration activists have been remarked upon for being particularly concerned over the issue of illegal immigration. Among the various immigration issues which have been raised, that of illegal and unsupervised entries into the country has aroused particular concern. The immigration debate has at times been observed as breaking into the right and left spectrums of American politics.

Illegal immigration takes place when immigrants have not properly gone through the process of being certified for legal emigration to the United States through the offices of the federal government. By contrast, an act of legal immigration can occur after the individual in particular has contacted the appropriate government agency and received approval for such an action. Illegal immigration has been observed as being widely prevalent despite the law enforcement measures taken, as has not been addressed through systemic reform.

Immigration legislation can be traced back in United States history to the Naturalization Act of 1798, which was passed in the U.S Congress as a part of the wider legislative package of the Alien and Sedition Acts. This naturalization legislation required a longer period of time before an individual could become a citizen of the country, as was extended up to fourteen years. This legislation is generally ascribed by historians to the desire to reach political goals.

Learn How to Ace the Green Card Interview