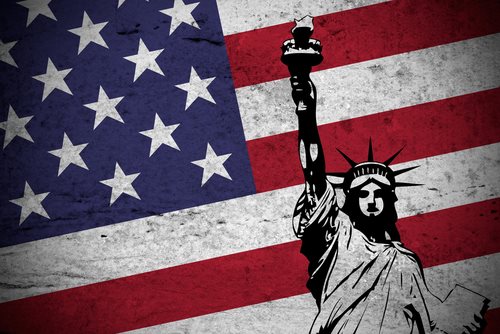 The history of immigration to the American continent surpasses the length of the United States as a sovereign nation. Each generation witnessed specific trends of immigration from varying counties of origin. This cyclical fashion would result in the federal government reacting to the varying trends with legislative initiatives that ranged from downright racism to high-minded altruism.
Although legislators, presidents, and the general populace often attempted to maintain the social make-up of the United States, the influx of immigrants from all over the world would come to create the multi-cultural country that grew with every decade.
American Immigration History by Ethnicity
European nations would come to colonize the United States in a rapid fashion after the initial discovery of the continent. Even though Native-Americans inhabited much of the mainland continent, the colonizing powers wiped out much of the native population. Due to this tragic and barbaric reality, the foundation of the American culture would stem from these original European settlers. As it turned out, different regions of the Eastern coast of North America laid claim to different European ethnicities and religions.
Still, the vast majority of these original colonizers were white protestant males that came for a varying degree of religious and cultural freedoms. In full, many of these smaller subsections of European cultures inhabiting the East coast maintained economic and political ties with their European nations of origin.
Most parts of the civilized world began citing the recognizable evils of slavery. With that said, the American continent was built on slavery. As European nations started tapering back the role of slaves in most cities, the soon to be United States of America witnessed drastic increases in the slave population all the way up until the Civil War. Based on this fact, the African-American population comprised a large percentage of the American populace.
Beyond the European colonization efforts, the American Revolution would come to pave the way for a more expansive role in global immigration to the United States. After the middle part of the eighteenth century, the majority of Americans still claimed British ancestry, but growing trends of Irish and German immigration began expanding the cultural roots of America.
Leading towards the nineteenth century, the growing industrial revolution attracted hopeful laborers looking for economic prosperity. Stagnant wages and a perpetual European working class caused further increases in the aforementioned immigration trends and also attracted high numbers of Italian immigrants.
In addition, the California gold rush and construction of the transcontinental railroad encouraged Asian migration, predominately from China. The cyclical economy caused a backlash against Chinese laborers and would result in overtly racist legislation that ended certain immigration trends for nearly a century.
Japanese immigration continued for a short while, but as racist sentiments began to exacerbate throughout the country, nearly all immigration from Asian countries would cease. Once the immigration process opened after World War II, Asian and Latin immigration would begin to change the face of America yet again.
American Immigration History by Generation
American immigration history became shaped by each specific generation and their reactions to certain trends. Prior to the victorious American Revolution, the idea of immigration escaped any actual consideration. For those who wished to embark on the long and treacherous journey across the Atlantic, there were opportunities in the new world that were simply inconceivable in the overly-populated European cities. In addition, a strict aristocracy disallowed upward mobility whereas an immigrant to North America could not only own land, but build a business and acquire actual economic security.
Political instability and the warring European superpowers resulted in low immigration trends for the young country. Just after the War of 1812, over ninety-five percent of the country was native born, clearly an odd statistic for a country formed entirely by immigrants and that just gained its sovereignty a mere two decades earlier.
For the large part, the American project in democracy was seen around the world as an unfeasible dream that would fade out quickly. As a three-branch democratic republic that practiced a system of checks and balances with no true fixture of central power, America’s government was truly the first of its kind for nearly two millenniums.
As such, this would be an unattractive choice for immigrants until the nation embodies some type of stability. Once the industrial revolution took off and the economic system was created, this sentiment reversed entirely. Between the middle of the nineteenth century and the turn of the twentieth, the American cultural make-up underwent seismic changes.
Many Americans resisted these changes due to new immigration trends, and the late nineteenth century and early twentieth unleashed a series of immigration policies rooted in prejudice and stereotype. During the Progressive Era, overarching changes and a new focus on domestic betterment would again cause the institution of immigration to change.
As southern plantations began to cede large swaths of their population to northern cities and once the great migration was underway, new social theories and sciences added another level of interpretation to policies dealing with immigration. Overarching global and domestic concerns–the Great Depression, World War I, World War II, and the Cold War–each chartered new courses for American immigration.
Not until the revolutionary nineteen-sixties would the system of immigration open up from quota laws enacted in the early twenties. After this point, increased immigration from Asian and Latin countries would define immigration from the nineteen-seventies till the present.
The most recent concerns and central focus of immigration policy became the lack of a comprehensive immigration bill that would finally deal with the trends of illegal immigration that becomes a more increasingly dangerous with every passing year.

Who is an MFA Legal Expert?

B2 Tourist Visa: Forms and Requirements