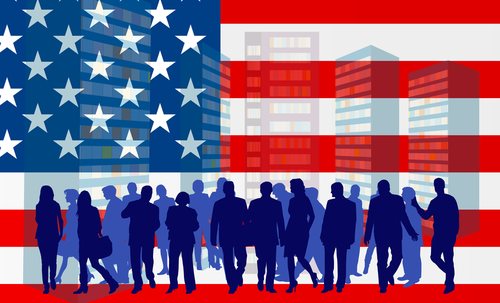 The immigration reform bill that has been put forth by the bipartisan Gang of Eight senators is now being marked up by the Senate Judiciary Committee. The Senate Judiciary Committee has proposed a total of 300 amendments to the 844 page bill. These amendments are varied, ranging from protections to same-sex couples to efforts to further increase border security. The ultimate goal of some of the amendments is to do away with the provisions in the legislation that would create a path to citizenship for the 11 million undocumented immigrants. However, most observers have stated that it is highly unlikely for the basic makeup of the bill to change, as its bipartisan supporters of this legislation are likely to stick together to stop any major changes.

The Republican side has proposed the majority of the amendments – 194 of the 300 total – and most of these aims to further secure the border. Republican Sen. John Cornyn of Texas, for example, has introduced a lengthy plan, 70 pages in total, to strengthen border security and make it much more challenging for undocumented immigrants to get on the path to citizenship. Other amendments proposed by Democrats, such as the amendment proposed by Democratic Sen. Patrick Leahy of Vermont that would make foreign born same-sex partners of American citizens eligible to apply for a green card, are also controversial.

The original legislation that was introduced by the Gang of Eight aims to expand legal immigration over the next decade, increase border security, and provide a path to citizenship to the 11 million undocumented immigrants in the country. This last provision in particular has naturally gained the support of many social justice and civil rights organizations, although some have voiced strong opposition to the length of time undocumented immigrants must wait before applying for citizenship, which is proposed to be 13 years.

The Equal Rights Center (ERC) is a non-profit civil rights organization that promotes equal opportunity in employment, housing, access to public accommodations and government services through research, testing, education, advocacy and enforcement. The ERC works with a diverse group of different populations, and undertakes many activities pertaining to immigrant rights.

The following is an interview laws.com conducted with the ERC on their stance on the current immigration reform being debated in the Senate as well as their work in the realm of civil rights in general.

What is is your opinion on the immigration-reform bill being debated in the Senate?

The Equal Rights Center is not directly involved in policy advocacy with respect to the immigration reform debate going on in Congress.  That being said, as the immigration reform debate has drawn out over time, and has become more vitriolic, it has engendered an atmosphere in many communities that fosters discrimination not just against undocumented individuals, but against any person who might fit someone’s stereotype of what an undocumented individual “might look like.”  The results of this atmosphere are an increase in crimes targeting Latinos, alienation and isolation of immigrant communities, and pervasive discrimination that has been documented through civil rights testing.  As the Equal Rights Center works to advance equal opportunity for all, we look forward to the implementation of comprehensive immigration reform by our leaders as a necessary step in eliminating discrimination based on national origin.

Overall, the movement and recognition that a consensus needs to be attained is encouraging.  We seemingly have finally reached a point where both major political parties recognize that immigration is an issue that is in the minds and hearts of Americans, regardless of politics. When we discuss immigration reform we are talking about real families who face the threat of being torn apart every day. Working to address the framework that creates these situations will create a better environment for all individuals who want the opportunity to work in our nation and create a fair path to legal status for those who are already here and contribute to diverse and rich communities across the nation.

Many details remain to be ironed out, but overall we are very encouraged and look forward to working with immigrant communities and other advocates to create more support.

Some organizations argue that undocumented immigrants should not be given amnesty because entering the country illegally is not a victimless crime. What is your response to this idea?

Immigrant communities contribute to diversity in all facets of American society. The current 11 million undocumented immigrants in this country also constitute a vital part of the American economy. An even greater drain on public funds is the current immigration system. A report released by the non-partisan, Washington-based Migration Policy Institute reveals that, in 2012, the U.S. government spent more money on federal immigration enforcement than any other federal enforcement activities. And the numbers aren’t even close. According to the report, the federal government spent $18 billion on immigration enforcement in 2012, 24 percent more that than it spent for the FBI, the DEA, the Secret Service, the U.S. Marshals Service, and the ATF combined. Investment in a system that eliminates this tremendous spending and encourages diversity in the American labor force would be a benefit to all Americans.

And specifically regarding children and youth, it is encouraging to see that Congress is considering creating an easier path to citizenship for children brought into this country by parents.

What are some of the accomplishments of the Equal Rights Center in the realm of immigration reform?

We continue to vigilantly monitor the debate on immigration reform and its ripple effect on local legislation, as they both have direct impact not only on the communities comprised of our newest Americans, but on the larger struggle to ensure equal opportunity for all.

Recognizing that “English only” rules and similar barriers for people with limited English proficiency (LEP) often serve as proxies for national origin discrimination – and that LEP immigrants may be unaware of their rights and how to seek redress when they experience discrimination –the ERC also gives special attention to LEP communities and in the past year the ERC had connected with tens of thousands of immigrants to help ensure they are aware of their rights.

What does the Equal Rights Center have planned for the future?

The Equal Rights Center will continue its initiatives focused on highlighting and combating discrimination based on national origin, as we have for the past 30 years.  This will include targeted education and outreach to immigrant communities, and civil rights testing and reporting as is illustrated in our most recent report entitled Precaution: Obstacles for Latinos in the Virginia Rental Housing Market.  Finally, we will continue to advocate for immigrant individuals and communities as immigration policy is put into practice.

OneAmerica on Justice for Immigrants

Necessary forms for a travel visa