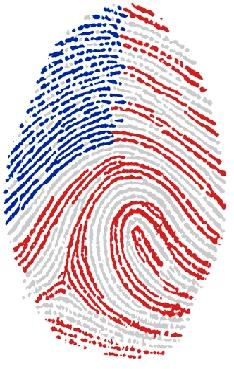 The immigration reform legislation that has been introduced by the bipartisan Gang of Eight senators is now being marked up the Senate Judiciary Committee. It has proposed a total of 300 amendments to the 844 page bill. These amendments are certainly as diverse as the political ideologies of the senators who put them forth, ranging from protections to gay couples to efforts to increase border security. The obvious goals of some of the amendments are to dismantle the provisions in the legislation that would create a path to citizenship for the 11 million undocumented immigrants. However, most observers have stated that it is not very likely for the basic composition of the bill to change significantly, as its bipartisan supporters are likely to stick together to stop any major changes.

The Republican side has proposed the bulk of the amendments – 194 of the 300 total – and most of these aims to further secure the American border. Republican Sen. John Cornyn of Texas submitted a lengthy plan, 70 pages long, to beef up border security and make it much more difficult for undocumented immigrants to get on the controversial path to citizenship. Other amendments proposed by Democrats, such as the amendment proposed by Democratic Sen. Patrick Leahy of Vermont that would make foreign born same-sex partners of American citizens eligible to apply for a green card, are also controversial.

The original legislation that was introduced by the Gang of Eight aims to expand legal immigration over the next decade, increase border security, and provide a path to citizenship to the 11 million undocumented immigrants in the country. This last provision in particular has naturally gained the support of many social justice and civil rights organizations, although some have voiced strong opposition to the length of time undocumented immigrants must wait before applying for citizenship, which is proposed to be 13 years. The bill also has provisions that aim to help refugees settle and integrate into American society.

It is these provisions specifically addressing the needs of refugees that have gained the support of the Refugee Council USA (RCUSA). RCUSA was founded in 2000 and it is a coalition of American NGOs dedicated to the protection of refugees. RCUSA provides advocacy on issues affecting the rights of asylum seekers, refugees, displaced persons, victims of torture and victims of trafficking in the United States and globally. RCUSA also serves as the main consultative forum for national refugee processing and resettlement agencies as they create common policies, conduct their relations with the American government and other strategic partners and enhance and support refugee service standards.

Laws.com conducted the following interview with Erol Kekic, RCUSA Chair and Director of the Immigration and Refugee Program at World Church Service, on RCUSA’s stance on the current immigration reform bill.

Well, this is a long overdue issue. We have been very actively engaged, both directly through RCUSA as well through individual member activity, in trying to work towards the goal of having this bill finally introduced. We are very excited and optimistic, however cautiously, and look forward to working with the Senate and the House, as well as the administration, to make sure this bill becomes law.

Firstly, I think it is incredibly important to balance the issues of national security and humane treatment of immigrants. However, the humanitarian nature of this bill should not be sacrificed in order to add additional security measures to already safe borders.

Immigration reform is necessary to make our nation’s immigration system more efficient, fair and secure. We strongly support the key reforms in the Senate Bill that would improve the lives of asylum seekers, refugees and the US communities that welcome them.

We are excited about the potential that 11 million undocumented immigrants bring to the US economy.

We are very optimistic about the provisions in the bill relating to refugee programs, especially Subsection E, where the important issue of refugee and immigrant integration is described. The Senate’s proposed legislation would transform USCIS’ Office of Citizenship into an expanded Office of Citizenship and New Americans that would be tasked with filling the void in coordination of integration programming, and bringing efficiency to federal programs affecting New Americans. The Bill further proposes creation of an innovative private-public partnership, the U.S. Citizenship Foundation, which would assist the federal government in meeting the civic integration needs of newcomers in a more cost-effective manner. The USCF would be authorized to accept private donations, which would be used to underwrite immigration, naturalization, and immigrant integration assistance; and to develop creative solutions to reduce barriers to naturalization. The USCF would also provide financial support to two competitive grants programs: the Initial Entry, Adjustment, and Citizenship Assistance (IEACA) Grant Program for eligible public or private nonprofit organizations to provide direct assistance to immigrants applying for immigration services; and a pilot grant program that would expand the capacity of local and state entities to help integrate new immigrants. This alone would be a great help with the argument that refugee resettlement is only a lifesaving program if we actually admit people – and with more resources to integrate them, receiving communities will be better prepared to extend the welcome.

There is a provision in this bill that would give the president authority to designate a group for resettlement for humanitarian reasons or if there is a national interest in doing so. However, is there not a danger that lobbying and politics will now start playing a greater role in determining which groups of refugees should be admitted, rather than a true need for help?

Well, I do not think what is being proposed in the bill is very radically different from what we already have in place. There is a process by which the State Department consults with the public and then makes recommendations for the president, who then in turn determines the annual admission ceiling and the makeup of populations to be considered for resettlement.

The information about groups who are to be considered for resettlement is debated quite vigorously with the State Department and national and local organizations, as well as the UNHCR. The guiding star is who needs the most help. So I am not concerned about the decision being politicized.

What we would like to see, however, is a real commitment to increase the refugee ceiling in years to come, because we have more capacity than is being utilized at this point in time. Secondly, we would like to see more resources dedicated to the domestic programs, because we do believe the Office of Refugee Resettlement is struggling with managing its multiple mandates with very limited resources. This impedes integration, and if integration is indeed the final goal of refugee resettlement, then we need to be able to measure that integration.

What are some of the major accomplishments of Refugee Council USA?

I think the biggest accomplishment over the last ten years or so is that the (refugee resettlement) program has stayed alive. I think it would not necessarily be so without the direct engagement of the members of the RCUSA. We have 25 members that represent a fairly wide cross section of American society. We have faith groups, secular agencies, large international NGOs and very small one-issue dedicated community based organizations.

Another accomplishment is that by working with the State Department, and other partners, we have raised the annual number of refugee arrivals to 70,000. We have recognized that our colleagues at the State Department have worked hard and created a pipeline that is steady and orderly, making programming on domestic side easier to manage.

If this legislation does not pass, what would be the next step for Refugee Council USA?

Well, we are here to stay! We believe that we represent a vast constituency in the United States and this constituency wants us to do this work on their behalf.

The RCUSA itself has been around since 2000, but some of the agencies that compose the RCUSA have been around for 130 years and others for somewhat less than that. The cross cut of our membership really wants us to be very intent on continuing to offer safe haven for refugees and those oppressed across the globe.

If the bill does not pass, we will try to work with the administration and Congress to create alternatives. That would mean we would look at individual pieces of legislation which would not necessarily be as comprehensive as the current Senate Bill, but would target specific needs of the populations that are coming in.

The refugee program has changed dramatically over the past 10 or 15 years because we have moved from resettling political exiles from Eastern Europe who were fleeing communism, to turning this program into a humanitarian lifesaving operation that brings in the most vulnerable. The United States is the only major resettlement country that does not take the integration potential of newly arriving refugees into consideration when they make their determination of who is to be admitted. That decision is based solely on the vulnerability . That is something we should be extremely proud of, because no other major resettlement country does it that way. We need to preserve that. And our membership is definitely dedicated to doing so in years to come.

What Forms are Needed for a Marriage Visa?