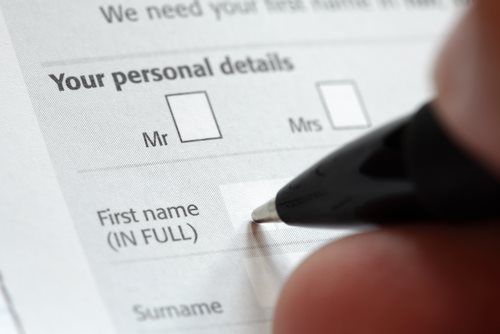 Form I-551
This term is the official designation for the United States immigration document also officially termed the Alien Registration Card, and most commonly referred to as the Green Card. Holders of Form I-551 are accordingly verified as possessing rights of permanent residency within the United States. In addition to the named ability to maintain residence, Form I-551 also offers holders the ability to legitimately secure and maintain employment in the country.
Obligations inherent in Form I-551
Current holders of Form I-551 will have to retain the passport through which they originally obtained the document.
Administering authorities
As of 2011, the United States Citizenship and Immigration Services, a federal agency placed within the larger administrative framework of the Department of Homeland Security, held the responsibility for providing and overseeing the Green Card, Form I-551. Formerly, Form I-551 was administered through the Immigration and Naturalization Service (INS), a now defunct agency which had functioned as a part of the Department of Justice.
Obtaining Form I-551
The document which can allow non-citizen/permanent residents of the U.S. to obtain residency and employment rights within the country is referred to as Form I-485, the Application to Register Permanent Residence or Adjust Status. Filing this form with the USCIS costs a base fee of $985, with a possible additional biometric fee of $85. The ability of an individual to rightfully file for a Form I-551 in this way can be determined through various criteria maintained by the USCIS.
Eligibility for Form I-551
The USCIS will variously offer a Green Card on the basis of a petition submitted by a family member of the prospective Form I-551 holder, through a demonstrable, specific job offer on the table for the Green Card, as a means of realizing refugee or asylum status, among other ways for obtaining Green Cards. The other ways for obtaining Form I-551 from the USCIS can be found in a listing maintained by the agency on its website, under the title “Other Ways to Get a Green Card,” and include:
Amerasian child of a U.S. Citizen
American Indian Born in Canada
Armed Forces Member
Cuban Native or Citizen
Diversity Immigrant Visa Program
Haitian Refugee
Indochinese Parole Adjustment Act
Informant (S) Nonimmigrant
Lautenberg Parolee
Legal Immigration Family Equity (LIFE) Act
Person Born to Foreign Diplomat in United States
Registry
Section 13 (Diplomat)
Special Immigrant Juvenile
Victim of Criminal Activity (U Nonimmigrant)
Victim of Trafficking (T Nonimmigrant)
Green Card Lottery
The so-called Green Card Lottery, officially referred to by the USCIS as the Diversity Visa Program, is geared toward encouraging immigration from select countries found to have lower rates of their population moving to the United States than is considered desirable. Accordingly, about 50,000 visas are made available on an annual basis through entry into this program. If granted, the visa holders will soon thereafter, upon arrival in the U.S., be granted a Form I-551 which can allow them and their family to live and work permanently in the country.

Do You Know About the State Department?